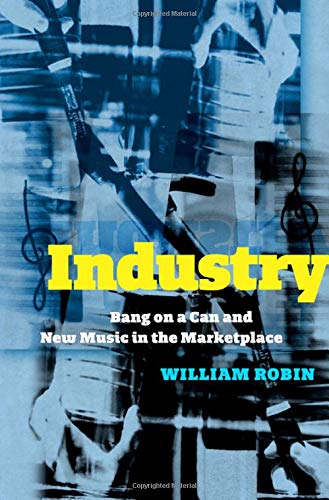 Being an avant-garde musician in the United States in the 1980s was not easy. Although minimalism was born there in the 1970s and would become the only current that could challenge (thanks to public favour) the intellectual hegemony of European serialist musicians and their de facto domination of international public institutions (with the French composer and conductor Pierre Boulez pulling all the strings), Ronald Reagan’s rise to power dealt a severe blow to the policies of support and encouragement of excellence in culture that had been in place in the United States since the creation of the National Endowment for the Arts in 1965.

The systematic reduction of funds provided by the agency during the Reagan and George Bush Sr. administrations caused serious survival problems for all kinds of artists, either by reducing or directly eliminating the grants they received.

In these circumstances, a small group of composers and musicians, David Lang (Los Angeles, 1957), Michael Gordon (Miami Beach, 1956) and Julia Wolfe (Philadelphia, 1958), who had coincided in New York and had begun to develop their respective careers in the orbit of the great names of American minimalism of the sixties and seventies, Philip Glass and Steve Reich, were forced in 1987 to join forces in pursuit of their mere survival as music professionals, creating the Bang on a Can collective.

William Robin, Professor of Musicology at the University of Maryland School of Music and columnist for The New York Times and New Yorker, has dug into the trajectory of Bang on a Can to illustrate how the essence of the anarchist self-management principles of the punk movement could also be applied to the management of a collective of conservatory musicians, of so-called “contemporary” or “serious” music. Industry: Bang on a Can and New Music in the Marketplace, published at the end of February by Oxford University Press, is not only a journey through the history of the aforementioned collective, but also a study of the means, even rudimentary, with which Bang on a Can has ended up becoming “the most important vehicle for contemporary music in the country”, as the San Francisco Chronicle defined it in 2001.

In its nearly 35 years of existence, Bang on a Can has commissioned and premiered works by many of today’s leading minimalist and contemporary composers, both American and foreign, including such luminaries as Michael Nyman, Terry Riley, Somei Satoh, Roberto Carnevale, Steve Reich and John Adams, two of the composers awarded the BBVA Frontiers of Knowledge prize, as well as founding festivals of new music in contemporary art museums and creating institutions such as the People’s Commissioning Fund, founded in 1998, which brings together numerous voluntary contributions from private individuals, ranging from $5 to $5,000, to support new musical talent, including young composers such as Nico Muhly, Caroline Shaw (who received the Pulitzer Prize for music at the age of 30, still the youngest composer, male or female, to receive this award) or Bryce Dessner, a member of the successful rock band The National and with an astonishing individual career in the field of contemporary classical music.