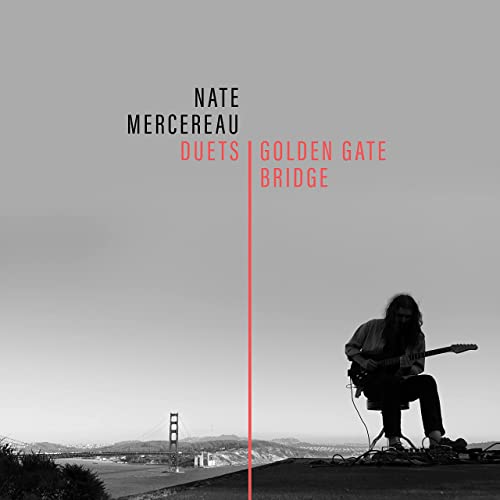 Angeleno guitarist Nate Mercereau has just released Duets. Golden Gate Bridge, an album of ambient music in the form of curious guitar duets and what Mercereau himself describes in the San Francisco Chronicle as “the world’s greatest wind instrument”: the famous Golden Gate Bridge in San Francisco Bay.
About a year ago, as a result of renovation work on the safety railing on one of the pedestrian pavements crossing the bridge, 12,000 new metal slats were installed to replace the old ones. The new ones, narrower than the original ones, were intended to give the bridge a slimmer profile and make it safer from strong gusts of wind… however, the side effect is that on days when the wind picks up, it generates a powerful buzzing noise that is driving residents living near the bridge crazy.
On May 18 and 19, Mercereau and sound engineer Zach Parker stood on Sausalito’s Marin Headland to record that hum and accompany it with four ambient improvisations, which have been released by the guitarist’s own label, How So Records, in collaboration with Nice Life.