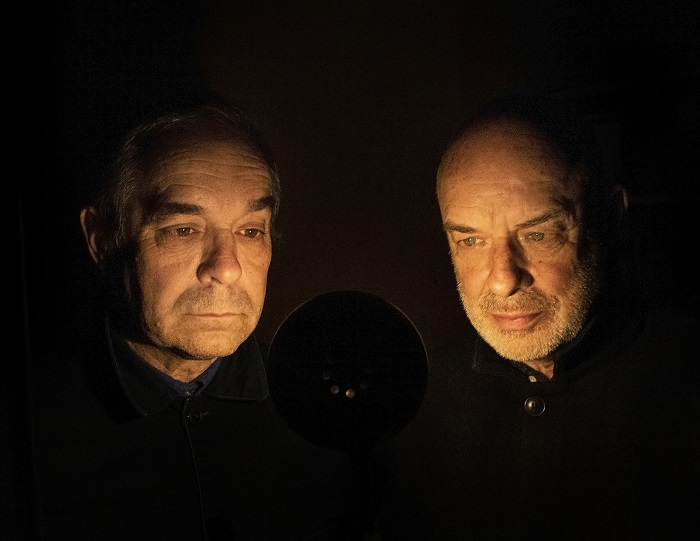 The Eno brothers’ first concert together.

Brothers Brian and Roger Eno will perform live together for the first time on Wednesday 4 August. The event will take place as part of the 2021 edition of the Athens and Epidaurus Festival, Greece’s largest music and performing arts festival. The Eno brothers have been collaborating on recordings since 1983, when they began working with Daniel Lanois and filmmaker Al Reinert on their documentary For All Mankind about NASA’s Apollo missions, which was released in 1989. Some of these recordings appeared several years earlier on the album Apollo: Atmospheres and Soundtracks. In early 2020 Roger and Brian recorded their first joint album, Mixing Colours, which was released on the prestigious German label Deutsche Grammophon. The success of its release led to the release of a new recording in August of the same year, an Ep of seven new songs entitled Luminous. The two albums will be the core of the concert that both brothers will give at the Odeon Amphitheatre of Herodes Atticus in Athens, one of the historic venues for this festival of theatre and music held in the Greek capital and the small Peloponnesian city.