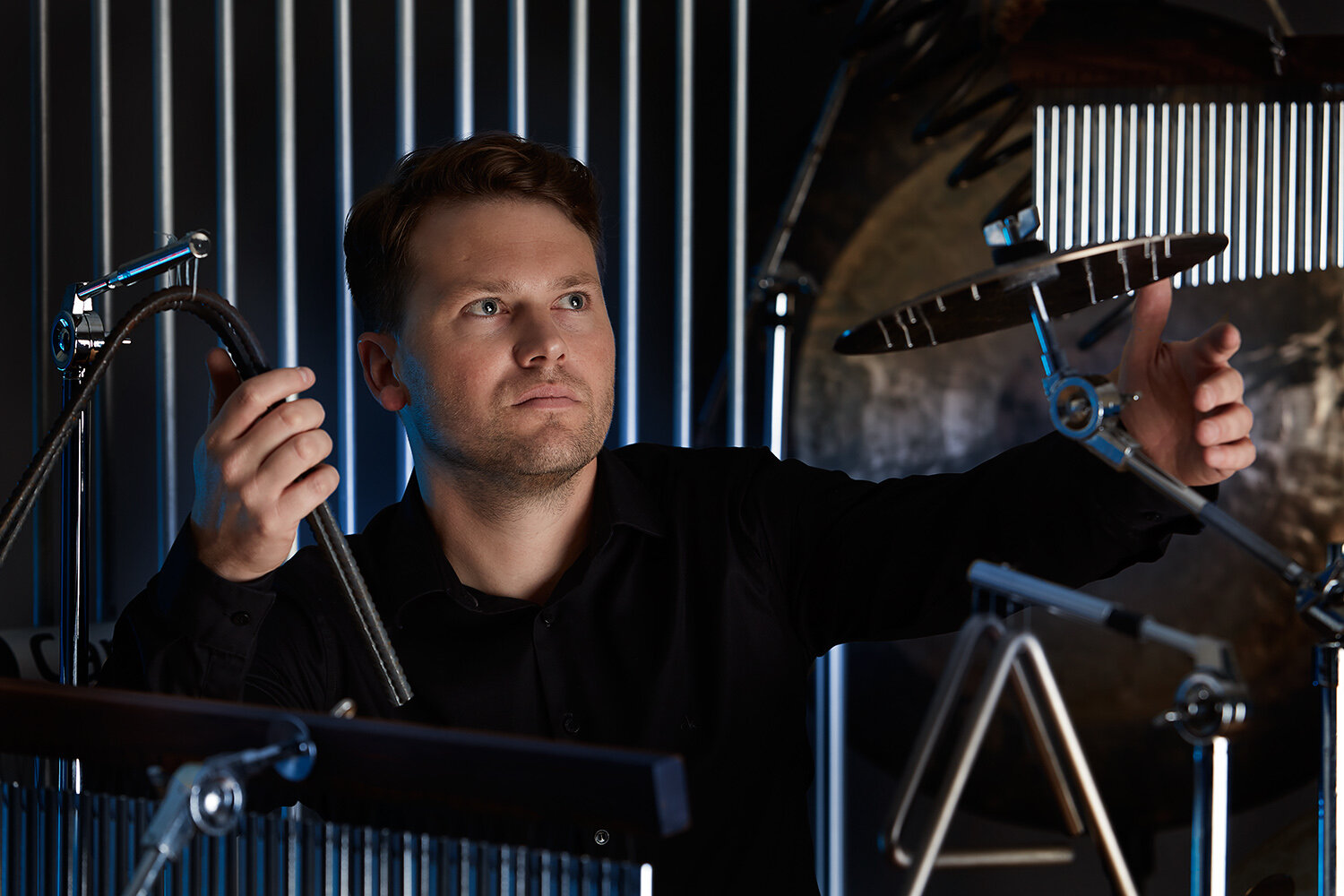 The quartet led by British percussionist Joby Burgess performs tomorrow Saturday at Worcester Baptist Church, as part of the Three Choirs Choral Music Festival, with a programme of four pieces by American composer Eric Whitacre – Lux Aurumque, October, A Boy and A Girl and Sleep, the four songs included in Marimba Quartets, the Ep that Burgess released last year with his arrangements for marimba of those compositions that Whitacre originally wrote for choir. The programme also features two of the most outstanding percussion compositions in the music of the last fifty years: Steve Reich’s legendary Music for Pieces of Wood (1973) and John Luther Adams’ Qilyaun (1998) for four bass drums. The programme also includes another recent piece, Discordia, by the composer Linda Buckley, included in From Oceans’s Floor, the album that the Irish composer released last year, which featured Joby Burgess on percussion.