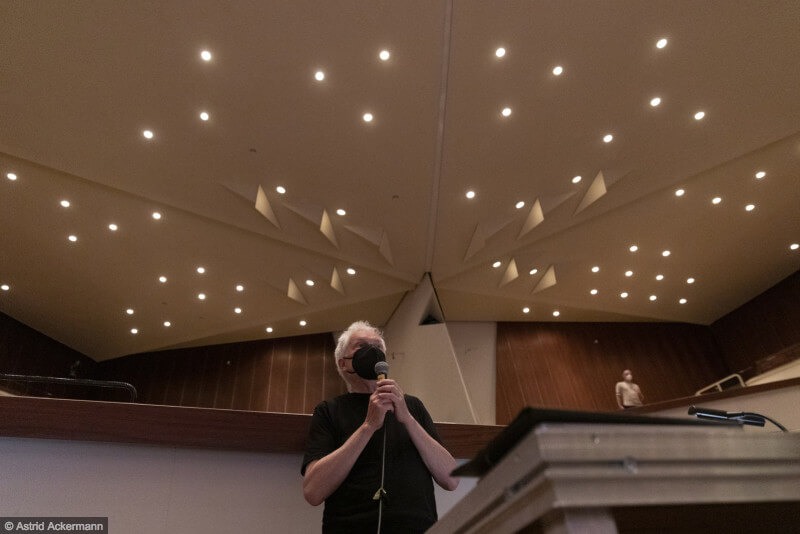 The German composer and conductor Heiner Goebbels has written the four-movement, ninety-minute orchestral cycle A House of Call. My Imaginary Notebook for the opening concert of Berlinerfestpiele, which will be performed on Monday 30 August at the Berlin Philarmonie by the Ensemble Modern Orchestra conducted by Vimbayi Kazibon in collaboration with the Spanish violinist and composer Diego Ramos Rodríguez. The work is inspired by John Cage’s Roaratorio, an Irish circus on Finnegans Wake. After its world premiere, the work will subsequently be performed in Cologne, Düsseldorf, Hamburg and Munich, all in September, and in other European cities throughout 2022.

© Photograph by Astrid Ackermann of the orchestra cycle rehearsals, downloaded from the Heiner Goebbels website.