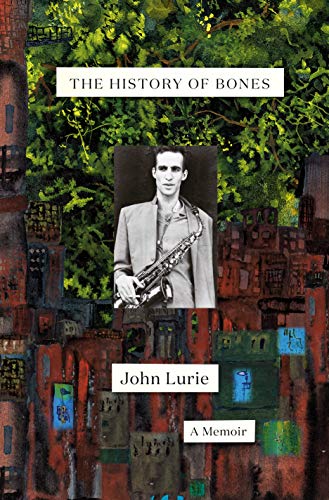 “The History of Bones”, by John Lurie.

The American saxophonist and composer John Lurie, founder of the “fake jazz” band The Lounge Lizards, who has been retired from live music for two decades due to Lyme disease, has published the first volume of his memoirs in Random House: The History of Bones: A Memoir. A leading figure in the musical avant-garde of New York in the late 1970s and early 1980s, Lurie now lives in retirement on a Caribbean island, from where he created the documentary series Painting with John, which aired earlier this year on HBO. The network has also announced that there will be a second season of the series, although it has not yet specified when it will air.

The History of Bones tells only part of the artist’s extensive story. It begins with his childhood, which was spent mainly in Massachusetts, and ends with a performance in Stuttgart on New Year’s Eve 1989. The book is mostly concerned with his musical activities. Or, rather, the book deals with his musical career and all the sex and drugs that apparently go with it. There is lots and lots of sex and drugs in the book. The best parts are Lurie’s recollections of the Downtown days of the 1970s, detailing one anecdote after another: some interesting, some amusing, some heartbreaking.