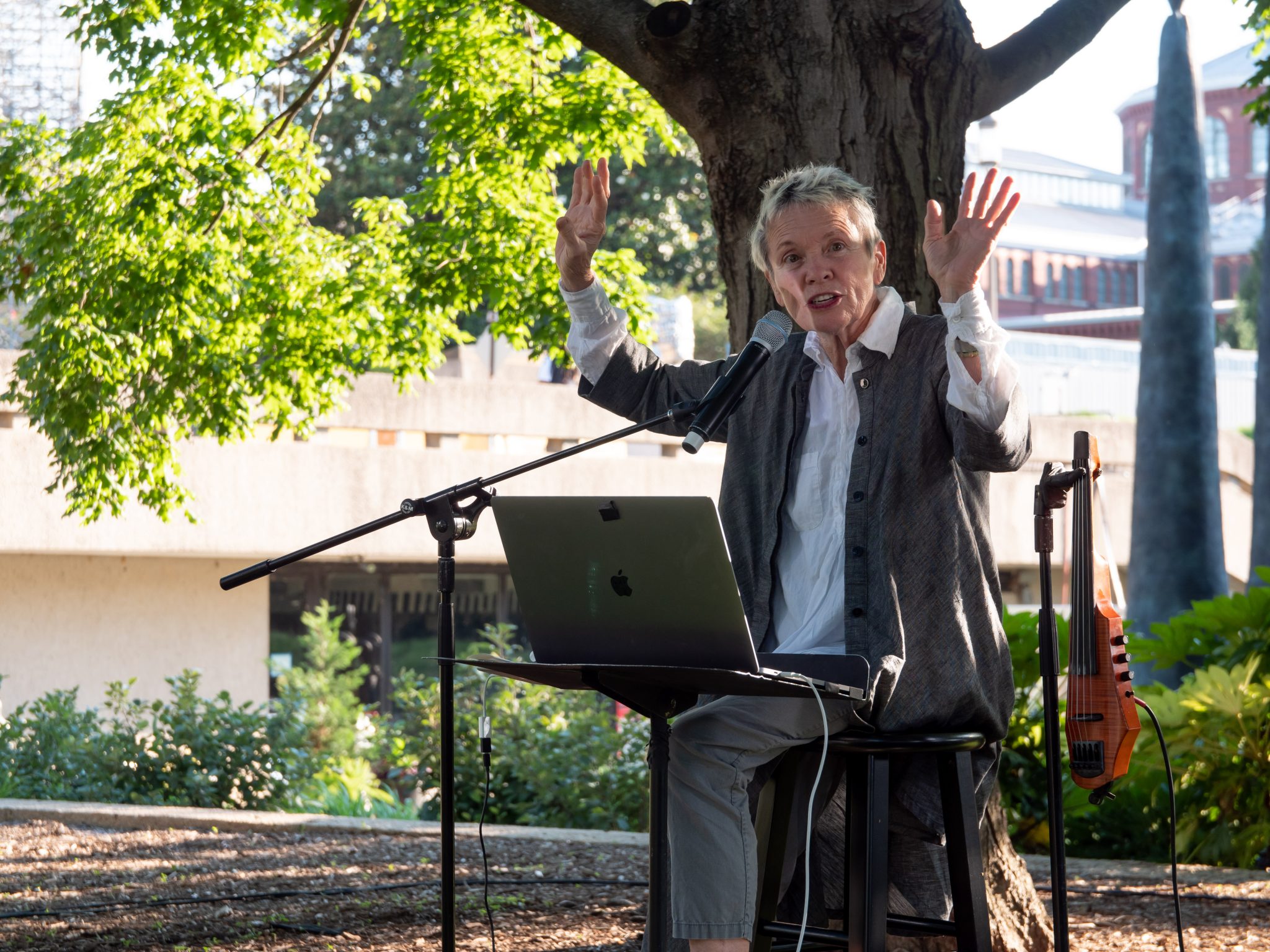 The largest-ever exhibition on Laurie Anderson.

The Hirshhorn Museum and Sculpture Garden presents the largest exhibition ever of works by the groundbreaking American multimedia artist, performer, musician, composer and writer Laurie Anderson. Since the 1970s, Anderson has investigated questions of American identity and the effects of technology on human relationships, often inventing new ways of interacting with technology. From 24 September 2021 to 31 July 2022, Laurie Anderson: The Weather will offer a comprehensive retrospective of her work, as well as just over a dozen new works, ranging from the personal to the poetic to the political, interspersed with key works selected from her five-decade career. In addition, between January and July 2022 Anderson will also give a series of live performances at the museum.

Taking advantage of the Hirshhorn’s distinctive cylindrical architecture, the exhibition will be presented as a continuous narrative, guiding the visitor through the artist’s complex creative storytelling process, featuring her works in video, performance, installation, painting, music and other media.

The Weather includes iconic artworks such as Habeas Corpus (2015), a video sculpture that explores through multimedia storytelling the experience of Mohammed el Gharani, who was detained at Guantanamo Bay throughout his adolescence. Anderson has also personally intervened in some parts of the exhibition space: certain parts of the gallery walls are covered with writings and images that the artist has painted directly by hand.

Among the newly created works is Salute (2021), a new installation with robotic flagpoles that reference Anderson’s song O Superman (1981), which grew a following outside the art world of lower Manhattan. Other new installations include the dystopian The Knife Sharpeners (2021) and the immersive Four Talks (2021), composed of sculptures and texts that investigate the relationship of language to objects. In another room is a group of monumental new paintings on the scale of his large-scale performance works, some of which will appear in the opera, The Ark, which he is working on (and which he has said may eventually become “a soap opera”).

The Weather also features video excerpts from some of his virtual reality pieces, including Chalkroom (2017) and To the Moon (2018). Earlier works will include excerpts from Songs for Lines/Songs for Waves (1977), the interactive Handphone Table (1978) and the narrative video installation Sidewalk (2012), a film projected on the gallery floor with a story about the artist’s childhood. Other highlights include documented representations of The Institutional Dream Series (1972-73) and Object/Objection/Objectivity (Fully Automated Nikon) (1973). Several violins and other musical instruments designed and/or modified by Anderson are also on display, along with photographs of his major performances from 1971 to the present.