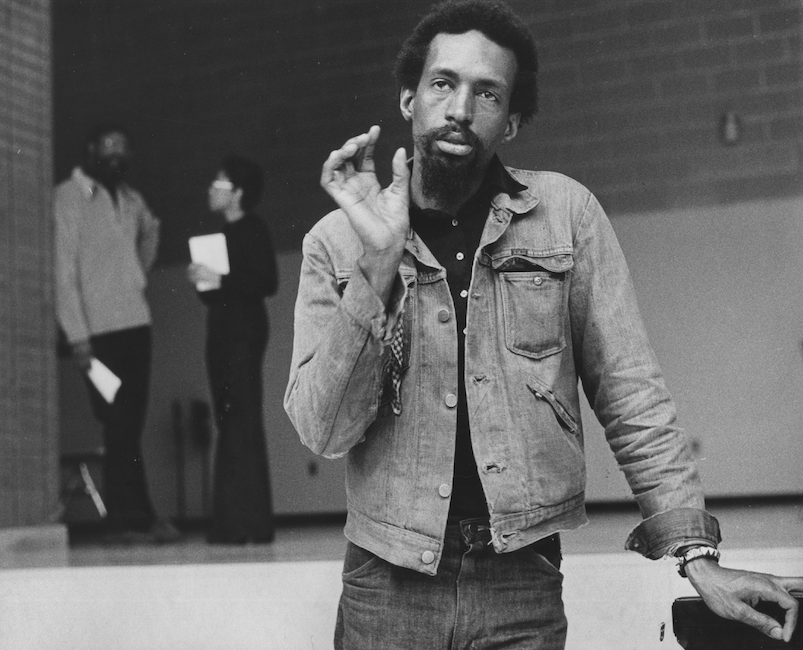 The Bourse de Commerce, the home of the Pinault Art Collection, is hosting two concerts tomorrow, Wednesday 30 September and Thursday 1 October, in tribute to the late American minimalist composer Julius Eastman (Ithaca, New York 1940-Buffalo, New York 1990), whose work went unnoticed during his lifetime, but is now being brought out of obscurity by new generations of musicians and conductors. On Wednesday, pianists Wilhem Latchoumia, Haga Ratovo, Sodi Braide and Antoine Alerini will perform at the Auditorium de la Bourse de Commerce the three pieces that make up Eastman’s N*gg*r series: Crazy N*gg*r, Evil N*gg*er and Gay Guerrilla, composed in 1979. On Thursday it will be the turn of Prelude to The Holy Presence of Joan d’Arc (1980) and Our Father, as well as two pieces – Feu de Joie (1992) and Semper Dolens (2018) – composed by the American composer Mary Jane Leach, the main archivist of Julius Eastman’s work.

© Photograph by Marbeth, downloaded from the Bourse de Commerce website.