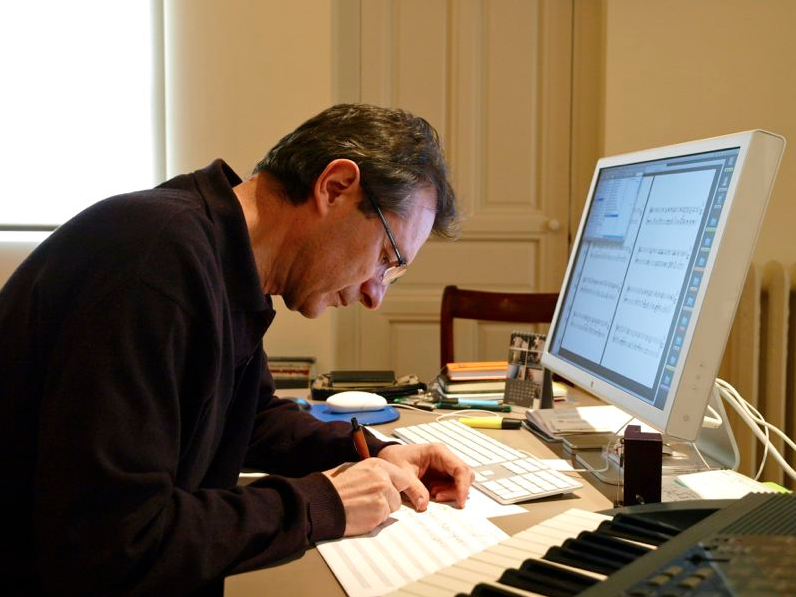 The Real Academia de Bellas Artes de San Fernando in Madrid today pays tribute to the Madrid designer and artist Alberto Corazón (1942-2021) with the world premiere of Elegía a Alberto Corazón, the musical composition created by the Spanish composer Alfredo Aracil (Madrid, 1954) in memory of his friend, with whom he had already collaborated in 2015 on his voiceless opera Siempre/Todavía. That work had texts and drawings by Corazón projected on a screen – Damasco Suite, somos memoria, a series of reflections written by the artist in 2002, when the delay in arriving some pieces for a retrospective on his production that was presented in the National Archaeological Museum of Damascus led him to get to know the Syrian capital and other cities of the country in depth – and the piano score that Aracil had composed inspired by those texts.

In this new and sad opportunity, as Aracil commented a few days ago to the El País journalist Borja Hermoso, the Elegy… aspires to turn into sounds the flashes of light of several of the lighthouses dearest to the artist, to which he used to travel to work or rest: Mesa Roldán in Almería, Punta Silla in San Vicente de la Barquera (Cantabria), Cap Gros in Sóller (Mallorca), San Giorgio Maggiore in Venice and Cabo de San Agustín in Asturias. “More than an elegy in the classical style, which usually consists of telling the world who he was and how important the character was, it is almost like a conversation with him, a reunion… or a dream of a reunion. A mapping of memories and signs that he could identify”.

“What I have done,” he went on to explain to Borja Hermoso, “is to translate the lights of those lighthouses into sounds. Those light sequences are something that can be identified, and every lighthouse in the world has a different one. And that, in the end, has ended up becoming a score”.