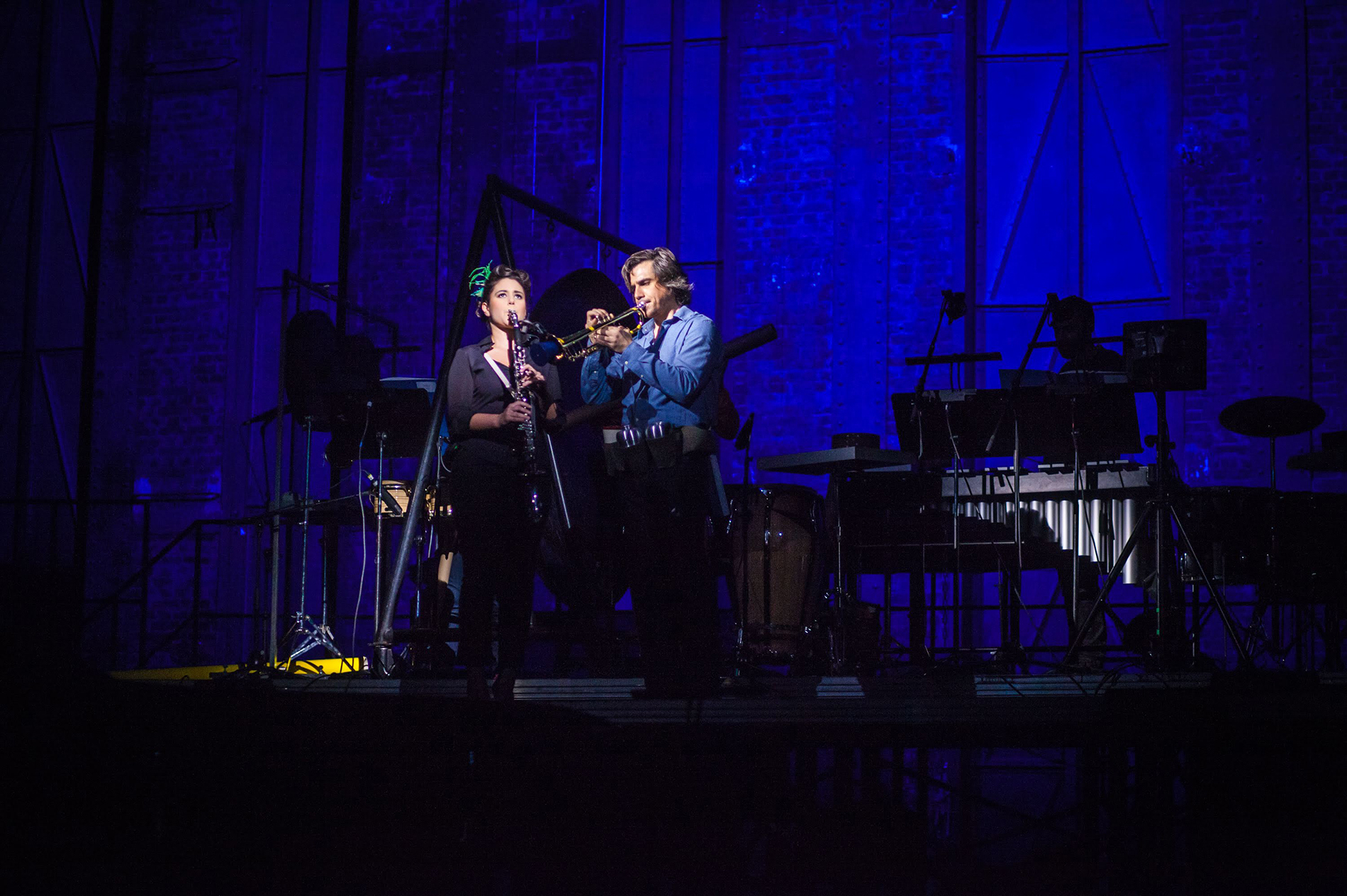 Stockhausen, at the Festival d’Automne in Paris.

Tomorrow night, the Festival d’Automne in Paris offers a single performance of two of the acts of Donnerstag aus Licht (Thursday, of Light), the second in the cycle of seven operas Licht: die sieben Tage der Woche (Light: the seven days of the week, lasting twenty-nine hours in total) on which Karlheinz Stockhausen (1928-2007) worked between 1977 and 2003, in the Pierre Boulez auditorium of the Philharmonie in Paris.

Although it was not the first one he worked on, Donnerstag was the first one he completed, working intensively between 1978 and 1980. Thursday was the day of the archangel Michael and the story focuses on that character. Of the whole cycle, Thursday is the most autobiographical of the operas, written in chamber format, for fourteen performers (three voices, eight solo instrumentalists and three dancers), plus chorus and tapes.

In the first act, disguised as the archangel Michael, Stockhausen recounts his painful childhood in Nazi Germany, the war and the post-war period: his father, a schoolteacher, disappeared on the Hungarian front and his mother, interned in a psychiatric hospital, died when the Nazi health authorities applied their policy of euthanasia to non-productive individuals. As an orphan, Miguel takes an entrance exam for music school, and the second act narrates his journey around the world, in seven stages: Cologne, New York, Japan, Bali, India, Central Africa and Jerusalem. At each of the seven stations Michael, represented by the trumpet, converses with the musicians.

The third act, in which Michael returns to extol the virtues of peace, will not be performed. The musical direction of the opera is by Maxime Pascal.

© Photograph by Meng Phu, downloaded from the Festival d’Automne de Paris website, showing trumpeter Henri Deléger (in the role of the archangel Michael) and clarinettist Iris Zerdoud (as Eve).