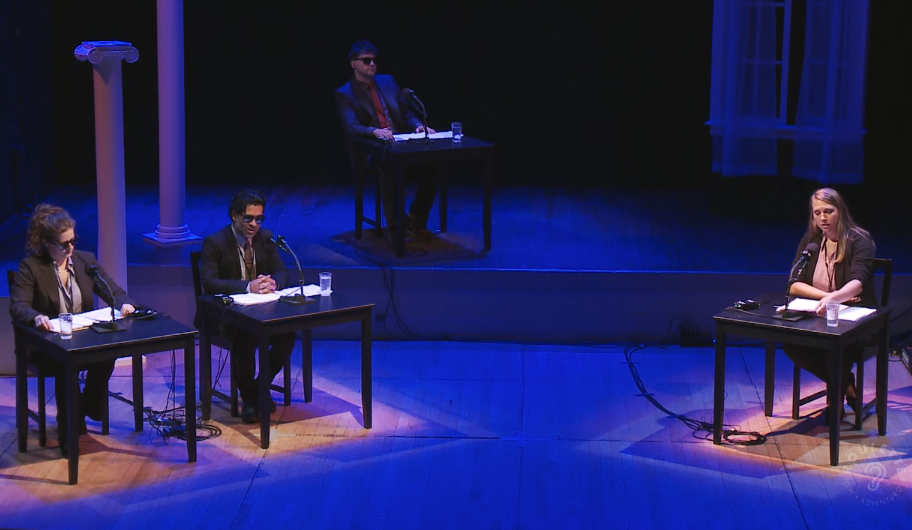 “eL/Aficionado”, by Robert Ashley, on Vimeo.

At the end of October, a new production of eL/Aficionado”, an opera by the late American composer Robert Ashley, written in 1987 and last performed in 1995, premiered at Roulette Intermedium, a Brooklyn-based space dedicated to avant-garde music and performing arts.

This new production of the opera was only performed for three days, but can now be seen, free of charge and indefinitely, on Roulette’s Vimeo channel. Conceived for four voices and pre-recorded electronic orchestra, the title role is played by mezzo-soprano Kayleigh Butcher as “The Agent”. The other singers are Bonnie Lander, Paul Pinto and Brian McCorkle, with musical direction and sound design by Tom Hamilton, and lighting and set design by David Moodey.