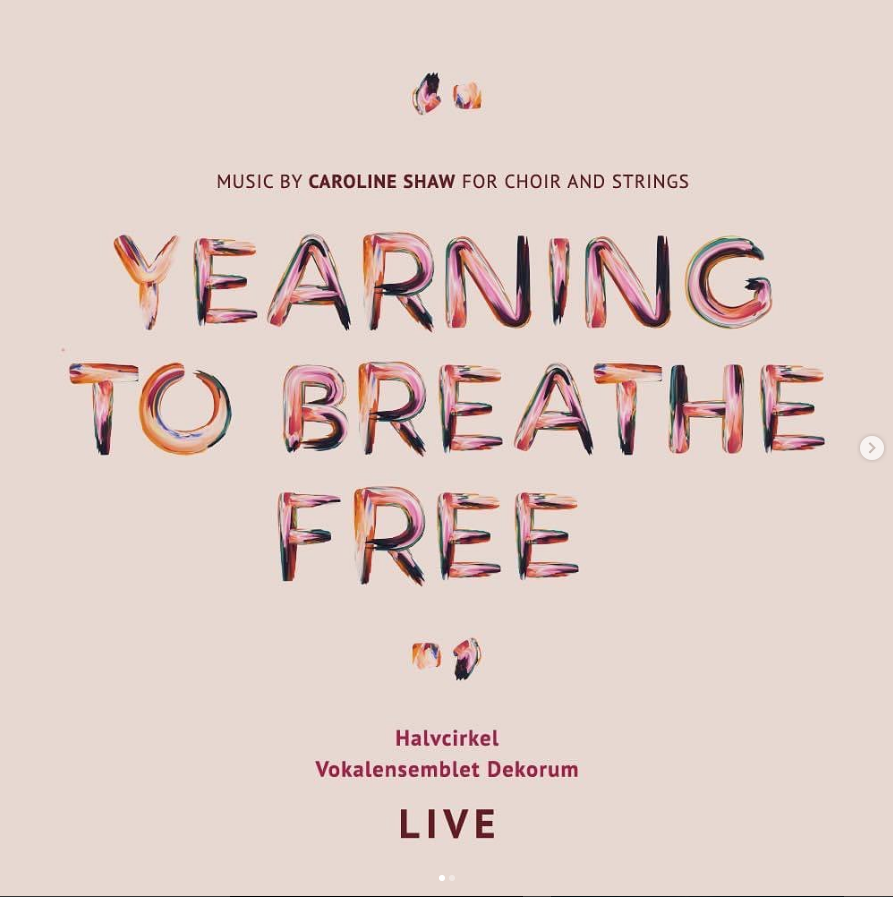 One of the last albums of 2021 is the one that the Swedish-Danish string quartet Halvcirkel and the Danish choral ensemble Dekorum released on 31 December on the Gateway Music label. It is Yearning to Breathe Free (Live), an album recorded live on 30 October at the Musikhuset in Copenhagen, in which the chamber quartet and the vocal ensemble perform music for choir and strings by the American composer Caroline Shaw.

There is no first recording of any piece on the album. All are already well-known ones by the brilliant violinist, singer (she belongs to Roomful of Teeth choir) and composer from North Carolina (Greenville, 1982), who in 2013 won the Pulitzer Prize for music for Partita for 8 Voices, making her, at the age of thirty, the youngest composer to win the prestigious award.

Both the Halvcirkel Quartet and the Dekorum Choir have a short biography (the former was founded in 2015, the latter the following year), but they have ample experience in the field of performance and dissemination of contemporary classical music. The centrepiece of this disc is To the Hands, almost twenty minutes long and premiered in 2016 by the American choir The Crossing. It is here that we find the words “yearning to breathe free”, from one of the lines of Emma Lazarus’ sonnet The New Colossus, which the New Yorker poet wrote to raise funds for the construction of the pedestal of the Statue of Liberty in front of New York harbour.