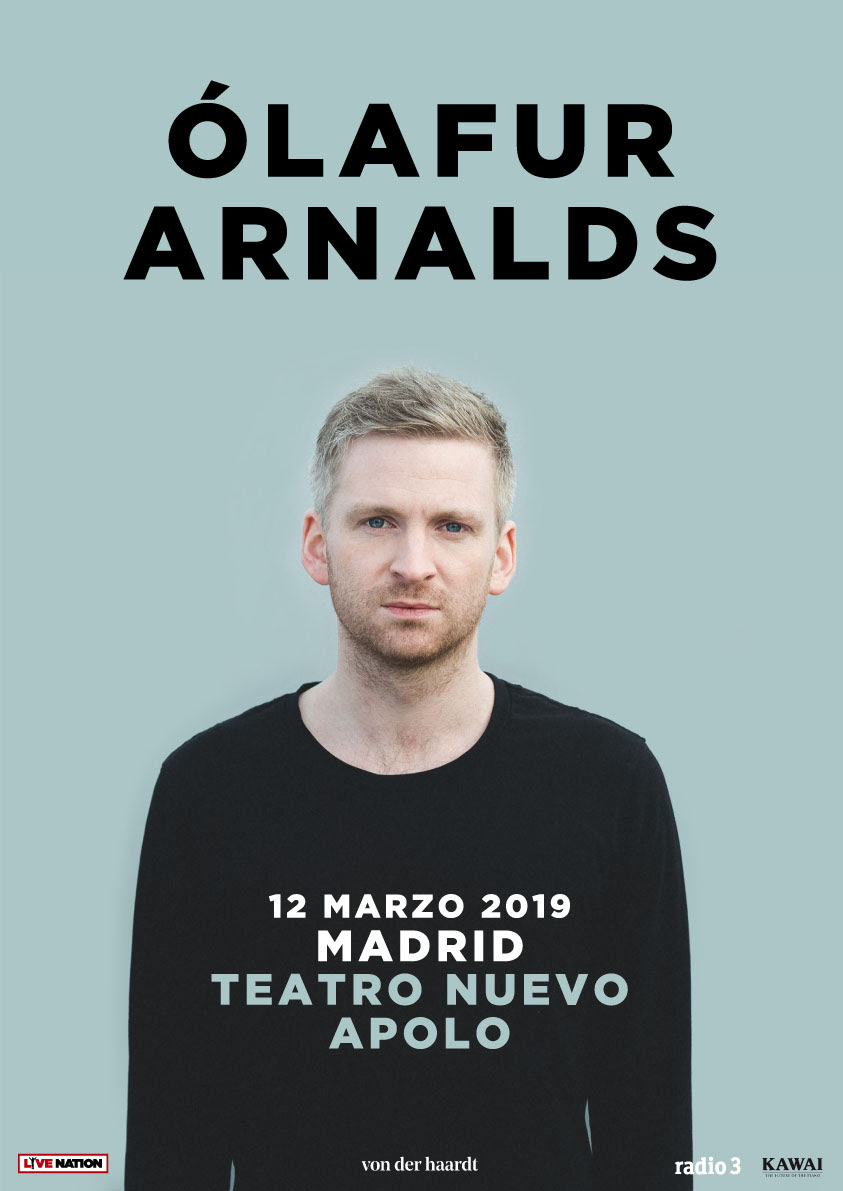 On 12 March 2019 Ólafur Arnalds performed in Madrid at the Teatro Nuevo Apolo. Some few days before the concert, Metrópoli, the Friday supplement of the newspaper El Mundo, published this brief interview conducted by telephone. A little less than three years later, here you can read the text as it was sent to the editorial office at the time. The time of the interview should always be taken into account.

A few months after the concert he gave in the Parque Lineal del Manzanares, in the Veranos de la Villa, in which the Icelandic composer and multi-instrumentalist Ólafur Arnalds (Mosfellsbaer, 1986) presented re:member, his fourth album, that would appear on the market a few days later, the musician returns to Madrid thanks to the media hype achieved with this recording.

Part of the hype has been caused by the way the album has been produced, with the help of a computer programme – Stratus – developed by Arnalds in collaboration with his friend, the programmer Halldór Eldjárn.

What is the “Stratus” software? And why did you develop it?
Stratus is a software I designed with my friend and programmer Halldór Eldjárn. Essentially it’s a controller for two player pianos that are controlled by what I play on a third piano. I play something and they respond. The exciting thing about it is that there’s an element of randomness built into the program so I don’t 100% what the pianos will play each night. Making it was a way for me to rediscover the piano, something so familiar to me, and get a fresh perspective on writing music.
How are those concerts going to be? I mean: what kind of instruments and what repertoire? And what are the reasons why you choose those pieces of your repertoire in particular?
This is my biggest production to date. There’s six people on stage: me, a string quartet and a drummer. I’m playing a lot of new material with older material sprinkled in. There’s something from almost all my albums and some that have never been released.
I guess that your concerts in Madrid and Barcelona will be focused on re:member. How would you define that record and what do you think makes it different to your previous releases? In other words: what did you want to achieve recording that album?
I have kind of been calling re:member my “breaking out-of-a-shell album”. It’s me taking all my raw influences and not filtering them. Not trying to fit into a some box. I wanted the album to sound like the process, filled with the excitement of something new. I had promised myself that I wouldn’t make another record until I had something new to show people and I think this album represent that.
Do you agree with those that include you in a list of “new classical” musicians, along with Nico Muhly, Nils Frahm, Hauschka, Peter Broderick, Max Richter, etcétera?
I don’t really like the idea of genres. Good music is good music no matter the genre. What I started making music under my own name there happened to be a few other artists doing similar things and it became kind of a scene. Now it’s turning into a global movement and I do find that both inspiring and encouraging!
Do you think the gap between “serious” classical music and “popular” one is over? I mean: Pierre Boulez, Karlheinz Stockhausen and so on used to despise, for instance, minimalist composers like Philip Glass or  Steve Reich.
Some people will always despise other people. And there will probably always be a bit of elitism with ‘serious’ music. But there is also elitism with ‘indie’ music. And that’s fine. It’s just about people’s identities and egos. It’s normal. But that’s also what makes poking at those egos more fun!