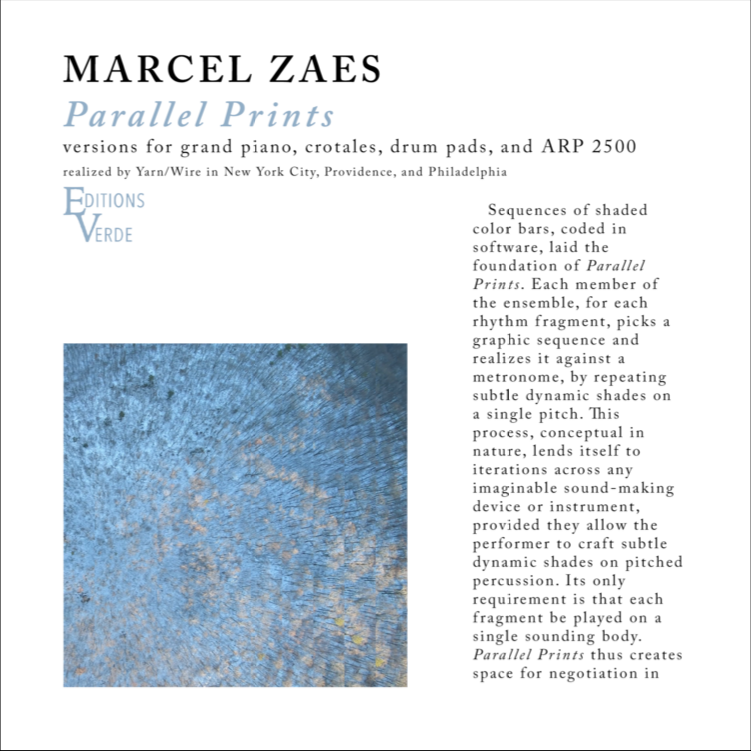 Marcel Zaes (Bern, 1984) is a Swiss composer and artistic researcher with a degree in musical composition from the Zurich University of the Arts. In addition, he has furthered his studies with Alvin Curran in Rome and Peter Ablinger in Berlin. Rhythm and its perception of space and time is the fundamental theme of his work. And the harsh sound quality of the sine wave, his object of artistic research. His creative practice consists of assemblages of self-created software codes – which act as mechanical chronometers – and human performers with whom he plays “against the grain”, to rethink the gap between what is conceived as “human” versus what is conceived as “mechanical” temporality. His work has been shown throughout an extensive discography (ten albums, all released on Swiss labels such as Tonus Music Records, Dumpf Edition and Prefermusic, some of them in collaboration with musicians or groups such as Andrea Manzoni, Prairie Urbaine, Yellow Neon Letters, Wüsten, Cut Low From Above or The Last Place [Left]) who yesterday added a new album to his career, with Parallel Prints, the first to be released on Editions Verde, the label created by the violist and composer (and student of Alvin Lucier at Wesleyan University) Jordan Dykstra. Comprising a large 42-minute piece – Parallel Prints #1: Nineteen Rhythm Fragments for Grand Piano – and nineteen other short pieces – ranging in length from 1’32” to 2’28”, all entitled Parallel Prints #2.1 or #2.2 and so on up to #2.19 – for cymbals, an old ARP 2500 analogue synthesizer and electronic drums, the work – whose live premiere was to have taken place today, Saturday, at the Indexical Center in Santa Cruz, California, but was cancelled at the last minute due to the covid-19 pandemic – has been recorded by the prestigious instrumental ensemble Yarn/Wire, with whom he has worked for three years, rehearsing, recording and algorithmically processing his sounds.