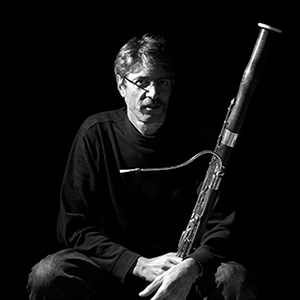 I totally agree with the notion that art is for everyone, and the idea of “elitist art” is something that classical musicians (like myself) are constantly fighting against. I wish we would stop putting tails for concerts, although that is nothing more than a representation of the tradition we represent, but we are also in search of new frontiers and above all, audiences. Do we need to step on and spit on art? Well sometimes yes and it reminds me of the Buddhist term Maraṇasati which may seem even stronger as it is a contemplation of the inescapable death that awaits us all.  It turns out to be a matter of perspective and relevance, I think. Art is life and good art demonstrates it, in one way or another, in all its facets. There is no doubt that anyone can be an artist. Whether it’s the world’s greatest painter or a cleaning lady, expression can be carried out in a profound and intimate way in any activity.  Interestingly, we humans started making sounds with wind instruments (e.g. with dried reeds) as early as 20,000 years ago. And it is evident that such a way of creating music has been an extension of the voice. Then, the technique of vibrating the lips at the beginning of a tube as today’s trumpet players do seems to have started about 17,000 years ago with the conch. There is no doubt that these instruments are easily integrated as if they were part of our bodies. The key, I believe, is to have sincere motives, based on a genuine desire to communicate, express, share, tell, etc.  I don’t know if relating the subject to paleontology in this way is an example of such “synesthesia”. I am attracted to (and have participated in) the synthesis of music with other disciplines of the Fine Arts such as dance, theater, poetry, painting, cinema, photography; even with martial arts. The result has always been one of “the whole is greater than the sum of its parts”. Is it logical to combine music with science, philosophy, etc.? Since it is already built on the basis of complex mathematical formulas (harmonic series, rhythms of a thousand measures, etc.), and can express abstract concepts in a universally understandable way (or almost), there is no doubt that sound art can serve as a common thread in everything we live.

John J. Falcone has degrees in Bassoon from Carnegie-Mellon University (PA) and The Juilliard School (NY) and has played with the New York City Opera, the New Jersey Symphony Orchestra and the Broadway musicals “Cats” and “The Secret Garden.” Since 1991 he has held the position of Co-principal Bassoon with the Symphony Orchestra of the Principality of Asturias (Spain). As composer, he has penned a long list of published works (Trevco Music, USA; musicforbrass.com, Canada).