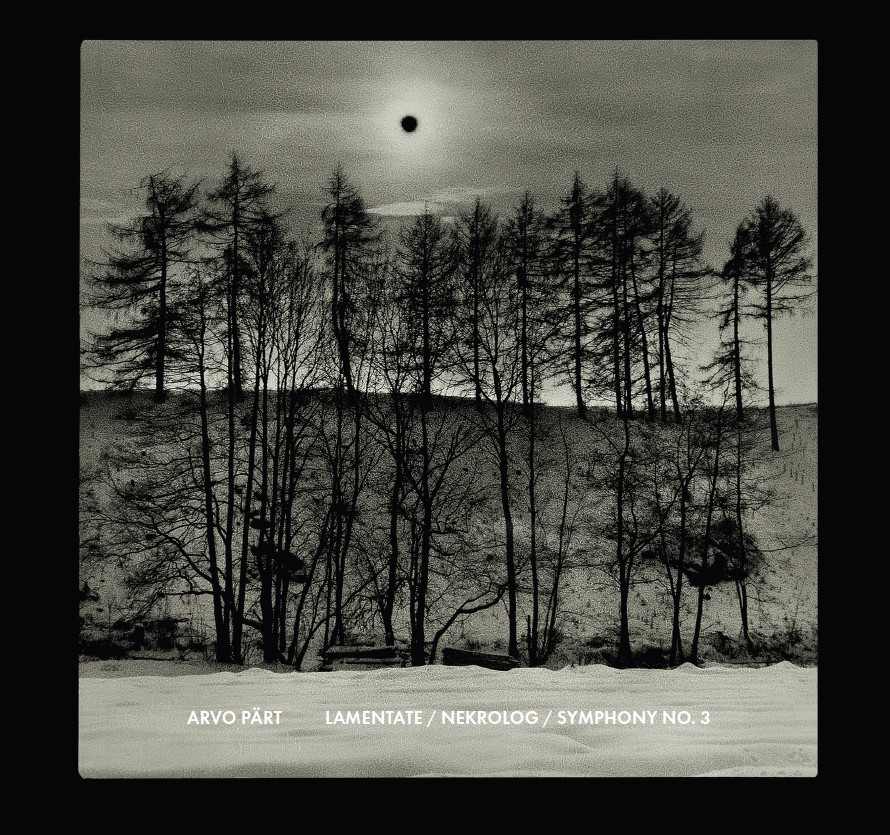 The Filharmonie Brno has just released its third recording for its own label, featuring Estonian composer Arvo Pärt. The disc consists of three pieces – Nekrolog Op. 5, Symphony No. 3 and Lamentate – from very different periods of composition. The first of these works (second, in its position on the disc) belongs to his dodecaphonic period and was completed in 1960, while still a student. Symphony No. 3, which concludes the disc, is dedicated to the Estonian-American conductor Neeme Järvi, and was composed in 1971, during the period when he was looking for inspiration in medieval music, just before he developed his characteristic tintinnabuli style. Lamentate, subtitled Homage to Anish Kapoor and his sculpture “Marsyas”, opens the album and is one of his most important works: it was composed in 2002 and premiered in February 2003 in the Turbine Hall of London’s Tate Modern, where the gigantic sculpture by the Anglo-Indian sculptor Anish Kapoor had been installed.

The recording was made in November 2020 at the Besední dům palace, where the Filharmonie Brno is based, under the baton of the orchestra’s artistic director and chief conductor Dennis Russell Davies, while the Japanese pianist Maki Namekawa took the solo part in Lamentate. Davies’ friendly relationship with Pärt meant that, although Pärt rarely comes to his early compositions, he could be consulted on unclear aspects of Nekrolog‘s original score, which makes this recording all the more valuable. Composed in the Soviet period, Nekrolog was recognised by his peers, but it brought him into disfavour with official bodies, who labelled it ‘avant-garde bourgeois music’. To facilitate its approval by the officialdom represented by the Eesti Heliloojate Liit (Estonian Composers’ Union), Pärt’s colleagues suggested that he dedicate the work to the victims of fascism, which could justify its modernist sound. Pärt himself has stated that Nekrolog should not be seen as a tribute to the more than six thousand Jews and Gypsies executed in the dunes of Kalevi-Liiva during the Nazi occupation, but as a tribute to the whole world. “It was not for the specific victims of communism or fascism – one can read on the Arvo Pärt Centre’s website – but for a much larger number of victims. It was an obituary not for the dead, but for the living, the humanity. There is no connection whatsoever with ideologies or politics. It was composed for the search for truth, the search for purity; they were in fact searches for God”.

His Symphony No. 3 is illustrative of the period in which he immersed himself in the study of medieval music, a period in which he hardly composed for several years. This piece of three movements, which follow one another in fluid succession, is marked by a Gothic majesty, the simplicity of the diatonic scale and a static nature inspired by Gregorian chants and primitive polyphony.

Finally, his piano concerto Lamentate is an homage to Anish Kapoor’s gigantic sculpture Marsyas, a one hundred and fifty metre long work that is probably the largest sculpture ever to be exhibited in an enclosed space. And Lamentate is, in fact, one of the composer’s longest and most ambitious works, a forty-minute piece, of which Pärt has said that “The composition cannot really be described as a typical piano concerto. I chose the piano to be the solo instrument because it fixes our attention on something that is ‘one'”.

The installation at the Tate Modern in London was designed in such a way that the piece could not be seen in its entirety from anywhere, maintaining its mystery and evoking in the spectator a sense of wonder and unease at the same time, the same feelings one has when contemplating life and death.

Maki Namekawa performs the solo part of Lamentate. “Every time I listen to Arvo’s music, I am struck by the intense message behind each phrase, even the tone. After every conversation with Arvo, on the phone or in person, his kind and insightful comments resonate even more with me, as does his music. Keith Jarrett once said, ‘Music is the result of a process a musician goes through,’ words I understand more fully every time I play Arvo’s music. Lamentate has become a companion in my life,” Namekawa said of this work.k