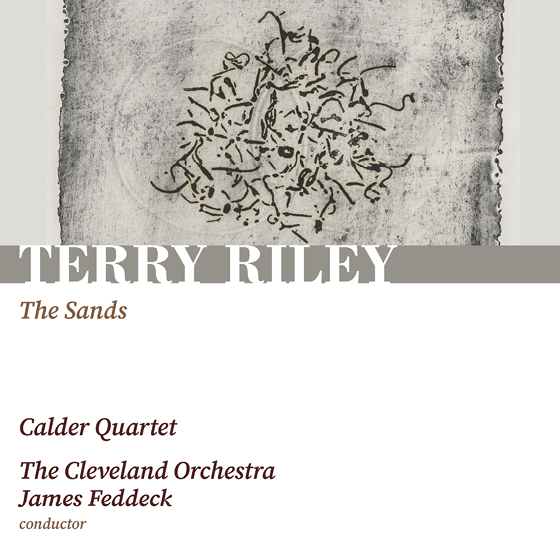 “The Sands”, by Terry Riley.

The Cleveland Museum of Art houses the longest-running concert series of any museum in North America and, consequently, an extraordinary archive of recordings of these performances, which, since the 1918 appearance of the New York Philharmonic, exceeds five thousand concerts over its first century of existence.

In September 2021, the Cleveland Museum of Art launched its Recorded Archive Editions label and began releasing several works from its extensive archive of recordings, which are available through major digital platforms such as Spotify, Apple Music and Amazon. Today you can listen to The Sands, a work by Terry Riley composed in 1991, which was performed by the Calder Quartet and the Cleveland Orchestra, conducted by James Feddeck, in May 2013 at the Cleveland Museum of Art’s Gartner Auditorium, as part of the programme of events commemorating the institution’s first centenary.

The half-hour The Sands is a concerto for string quartet and small orchestra, commissioned by the Salzburg Festival and premiered in 1991 by the Kronos Quartet and the Deutsche Kammerphilharmonie Frankfurt, conducted by Dennis Russell Davies. About its creation, Riley explained at the time that it was his response to the Gulf War and the shock it generated. “I don’t believe that going to war ever solves our disputes –wrote years later–. Especially, in these times when it is mostly rich aging white men who send tender young lives into the slaughter. We no longer live in the age of heroic leaders who fearlessly led the charge down the slopes of battle. Instead we have the chickenhawks in their protected war rooms pressing the buttons causing mutilation, mental illness, and death on all sides. With the bombing of Iraq, I had a premonition that we would be at war in the Middle East for years. Unfortunately, that is what has played out and it has gotten worse. The launching of the war over 20 years ago brought on a saddening mental state that I was only able to alleviate with music. Since I spontaneously improvised this music, I feel it is very close to the emotional state and sense of dread I was experiencing at the time. I could not have foreseen how brutally this would be played out in the succeeding administrations, especially of Cheney and Bush the Lesser, acknowledged war criminals who still walk free.
I offer this not as a political diatribe but to share the background and my concerns leading to the creation of first movement of The Sands [which is also entitled The Sands].
“Then spent months transcribing and arranging and recomposing sections into a structure with two alternating contrasting thematic areas –he continued–. There follows three other unrelated movements that are seamlessly connected to compromise a string quartet concerto of 30 minutes. The quartet is the driving force of the first movement, and its energetic opening theme is propelled into existence by the soloists and then taken up by the orchestra.
The first movement is written for strings and timpani and alternates between somewhat anguished, insistent Middle Eastern motives and scales with areas of peaceful C Lydian passages. A kind of metaphor for what the people of a small Middle Eastern country might be feeling when under a savage air attack from the world’s mightiest military. First the explosions, and then the eerie silence.
The work then moves away from the battlefield as it moves on to Mirage [the second movement] where the woodwinds enter for the first time. Their sinuous lines set into a dialogue with the quartet, has more the effect of a desert breeze that dispels the energy of the opening. Without a break, Rubberlady’s Theme Music [the tirad movement] opens with a poignant cello solo played over a slow moving foxtrot with pizzicato strings. It has a bizarrely circus like atmosphere inspired by my years in France playing piano on the Strategic Air Command bases for circus acts. Rubberlady’s Theme Music then elides into the final movement, Ebony Horns, which is an elaboration of a chart which I had composed for my small performance and improvisation ensemble, Khayal, and is propelled by a 6/8 hemiola rhythm from Ghana (kray kray tiri kray ka tay) suggested to me by the wonderful drummer, George Marsh. If The Sands is a brooding reflection on war and its violence, Ebony Horns is an affirmation of irrepressible human spirit, compassion and love, ignited by a celebration of singing and dancing on this mysterious planet”.