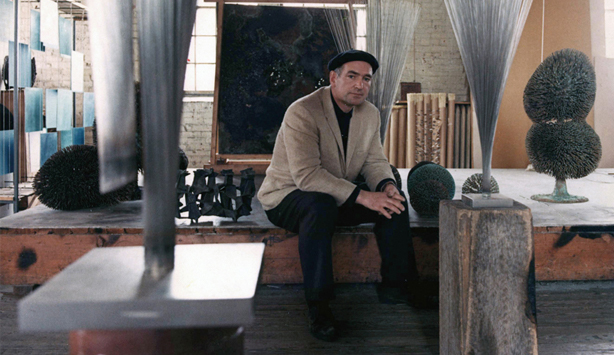 Retrospective on Harry Bertoia, with a sound installation and a week of concerts on his work.

On 29 January, the Nasher Sculpture Center in Dallas opened the exhibition Harry Bertoia: Sculpting Mid-Century Modern Life, the first US museum retrospective of the artist’s career in nearly 50 years and the first to examine the full scope of his wide-ranging, interdisciplinary oeuvre. The exhibition, which will remain open until 24 April, brings together more than one hundred works of art featuring important examples of his jewellery, goldsmithing, furniture design and hundreds of unique handmade sculptures, including large-scale commissions and his pioneering sound sculptures.

In addition to the Harry Bertoia retrospective, the Nasher Sculpture Center also commissioned American multimedia artist and composer Olivia Block (Dallas, 1970) to create a sound installation based on the recordings of Bertoia’s sound sculptures in the exhibition. Her new composition, entitled The Speed of Sound in Infinite Copper, highlights the ability of the sound sculptures to create a palpable sound space, while allowing the audience to activate the sound experience by moving around the room. Block complements the changing sound environment by projecting the silhouettes of the sound sculptures’ movement across the floor and walls of the Nasher’s Corner Gallery. This will be the second work in which Block uses Bertoia’s sound sculptures: the first, Sonambient Pavilion, was performed at the Pritzker Pavilion in Chicago in 2015.

© Photograph downloaded from the website of the Nasher Sculpture Center in Dallas.