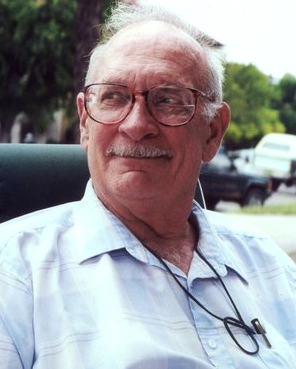 Pulitzer Prize-winning composer George Crumb dies at his home in Pennsylvania at 92.

George Crumb, a composer who drew inspiration from the traditions of Asia and his native Appalachia to create music of astonishing impact, died on Sunday at his home in Media, Pennsylvania, his record label Bridge Records announced yesterday. He was 92.

Crumb came from a musical family and began taking piano and composition lessons at an early age. Initially influenced by the work of Webern, he eventually rejected the dodecaphonic technique to create his own musical language, composing highly theatrical works that oscillated between tranquillity and nightmare, calling for unconventional playing of instruments. In an interview for The New York Times in 2019, he said that he loved “sounds that seem to hang in the air, and you don’t quite know where they come from”. In 1968 he received the Pulitzer Prize for his work Echoes of Time and the River, which included in the score the way the musicians, in small groups, were to move around the stage. Among his best-known works is also Vox Balaenae, an imitation of whale songs for amplified grand piano, electric flute and cello. On this occasion he requested that the performers wear black half-masks and that the performance be given (whenever possible) under blue light.

Crumb was fascinated by the work of Federico García Lorca and set Lorca’s verses to music on numerous occasions. Last year, the 70th edition of the Granada International Festival of Music and Dance offered all of Crumb’s Lorca-related works in its programme: Night Music I (1963), Songs, Drones, and Refrains of Death (1968), Night of the Four Moons and Madrigals, Books I-IV (both 1969), Ancient Voices of Children (1970), Federico’s Little Songs for Children (1986), The Ghosts of Alhambra (Spanish Songbook I) and Sun and Shadow (Spanish Songbook II) (both 2009) and The Yellow Moon of Andalusia (Spanish Songbook III) (2012).