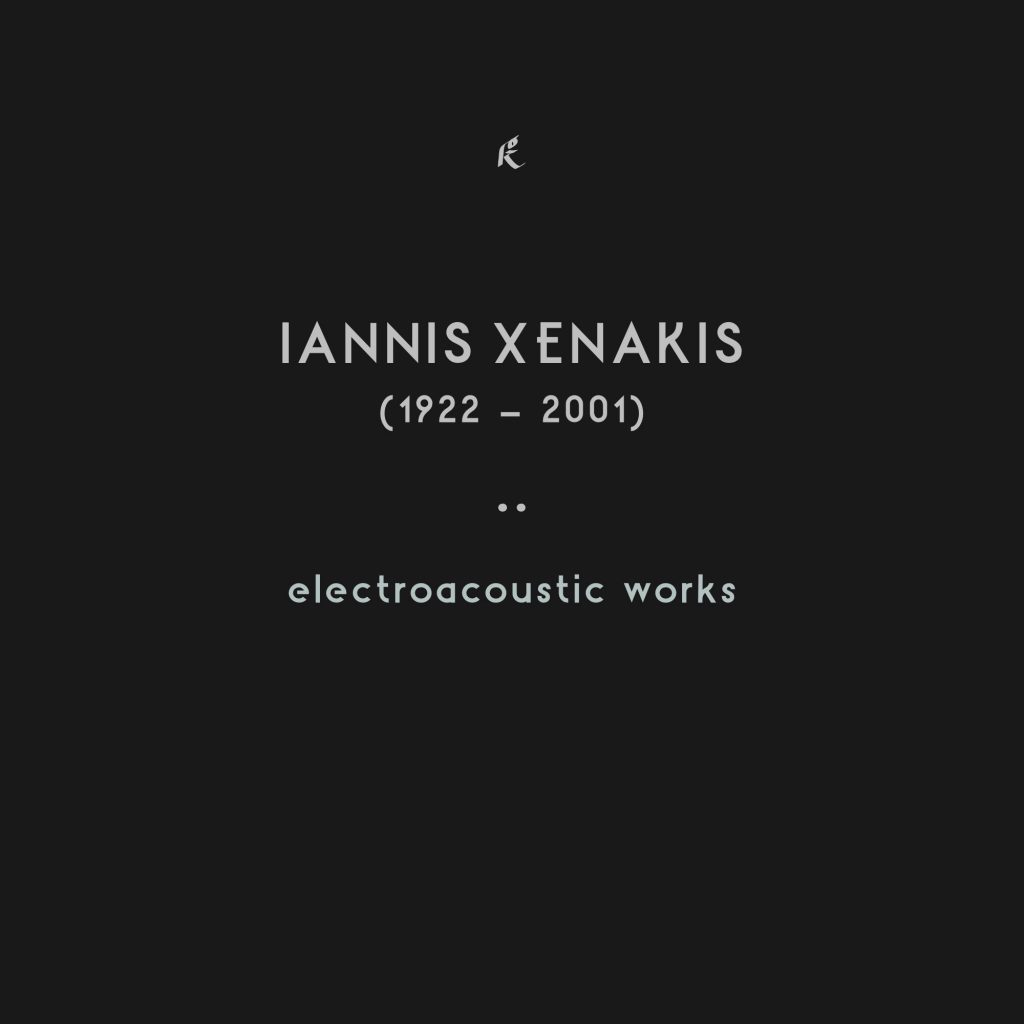 In anticipation of the centenary of the birth of Iannis Xenakis (29 May 2022), the German record label Karl Records has just released a five LP / CD box set entitled Electroacoustic Works which brings together many, almost all of the electroacoustic works composed by the Greek-French composer and architect, one of the most influential avant-garde composers of the 20th century, not only in the field of conservatory-trained composers but also in the various currents of experimental electronic music, noise and industrial rock.

Although Xenakis also composed for orchestra – his most famous works are Metastasis (1953-54), Pithoprakta (1955-56), and Terretektorh (1966) – electronic music became his primary way of exploring new ideas and concepts and developing his own techniques, such as UPIC (Unité Polyagogique Informatique CEMAMu) a graphical interface for computerised sound synthesis, devised by Xenakis himself and developed at the Centre d’Etudes de Mathématique et Automatique Musicales (CEMAMu) in Paris, and finally, when computers became more accessible, his so-called “stochastic synthesis”.

The two previous recordings included in the box set consist of two polytopes. On the one hand, La légende d’Eer (Diatope) (1977, released by Karl Records in 2016), the multimedia show created for the inauguration of the Georges Pompidou Centre in Paris, which was performed for three months and witnessed by thousands of people, and on the other Persepolis (Polytope de Persepolis) (1971, released by Karl Records in 2018), which is also another of his most famous compositions and one of his most spectacular polytopes: a commission from the Shah of Persia, which premiered in Shiraz-Persepolis (Iran) as a spectacle involving light tracks, laser beams, groups of children walking with torches and 59 loudspeakers to project the music into an open-air space.

The most radical sound aspects of Xenakis’ work are to be found in Xenakis’ late work and its ruthless reduction to a noisy sound synthesis: a machine that designs everything independently in which the algorithm is the work.