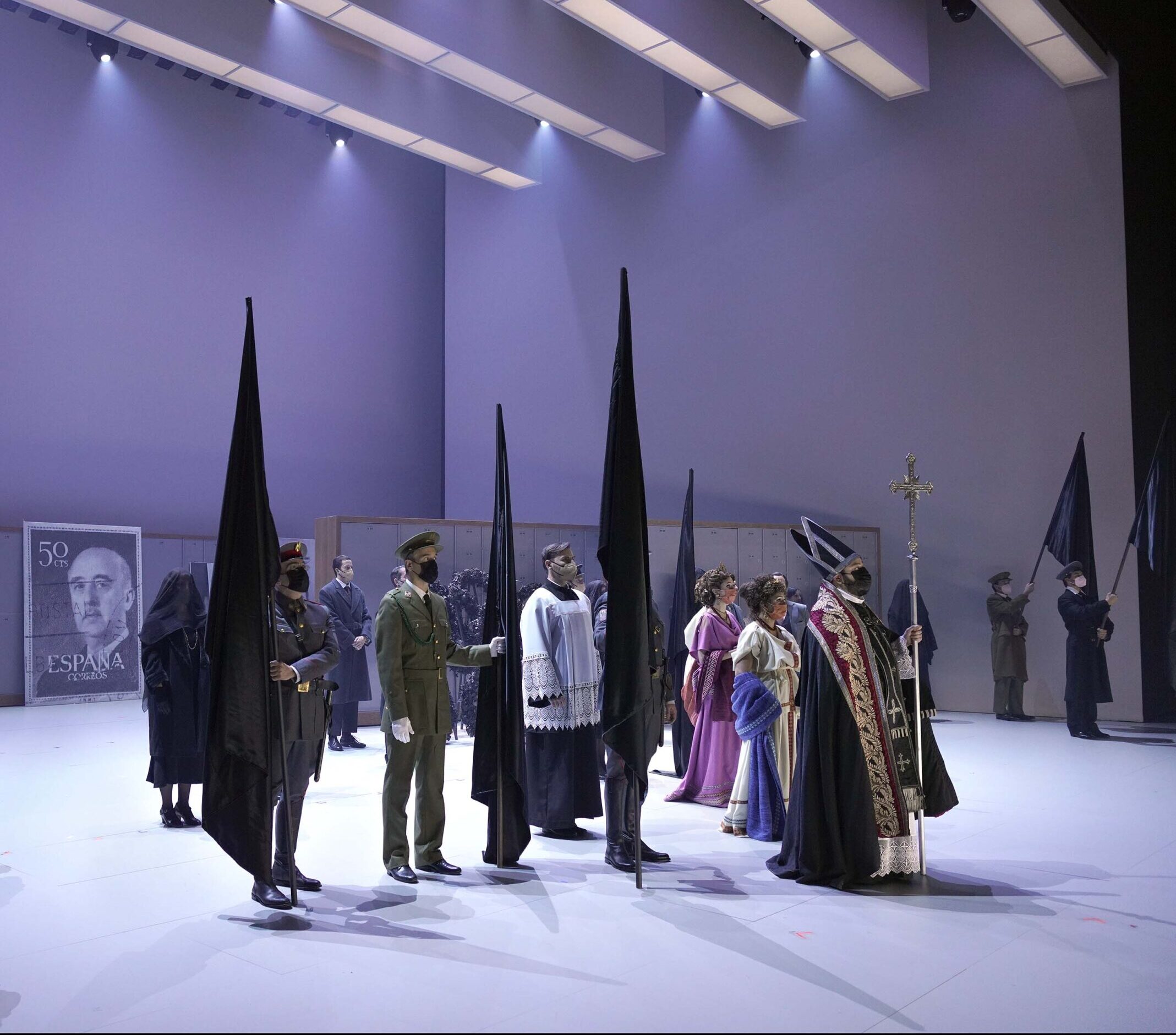 Tonight the Teatro Real in Madrid will host the posthumous premiere of El abrecartas [the letter opener], the sixth and last opera by Luis de Pablo, who died on 10 October at the age of 91, and the third of the operas he composed to a libretto by the Spanish poet and novelist Vicente Molina Foix. The latter wrote the libretto at the express request of the Spanish composer, who had read Molina Foix’s novel of the same title and had identified himself with the losers of the Civil War who emerge in the pages of the novel, which won the 2007 National Fiction Prize.

The novel is written in the form of letters between characters, some fictitious and others real, and among the latter are Lorca, Miguel Hernández, Eugenio D’Ors, Vicente Aleixandre and Andrés Acero. Their conversations weave a historical journey through Spain, from the optimism and modernity of the early 1930s to the fateful reality of the Civil War and Franco’s dictatorship. This journey is experienced in the first person, in how it affects each protagonist. We witness the transformation of the air of sexual freedom that was initially in the air and its drift towards the concealment of feelings and personalities to avoid prison or death.

Fabián Panisello, musical director of the opera, which will be given six performances – on 16, 18, 20, 22, 24 and 26 February – said at a press conference that the opera is one of the scores in which De Pablo wanted to be more open and communicative, far removed from the avant-garde investigations of the sixties to eighties, to offer an expressive language evocative of the Spanish musical tradition, which appears with numerous nods throughout the performance – from sketches of the copla to the first bars of the military reveille of Quinto, levanta-. The opera will be streamed live on 26 February at 19:30 on the MyOperaPlayer platform, and will henceforth be part of its catalogue.

© Photograph by Javier del Real, provided by the press department of the Teatro Real de Madrid.