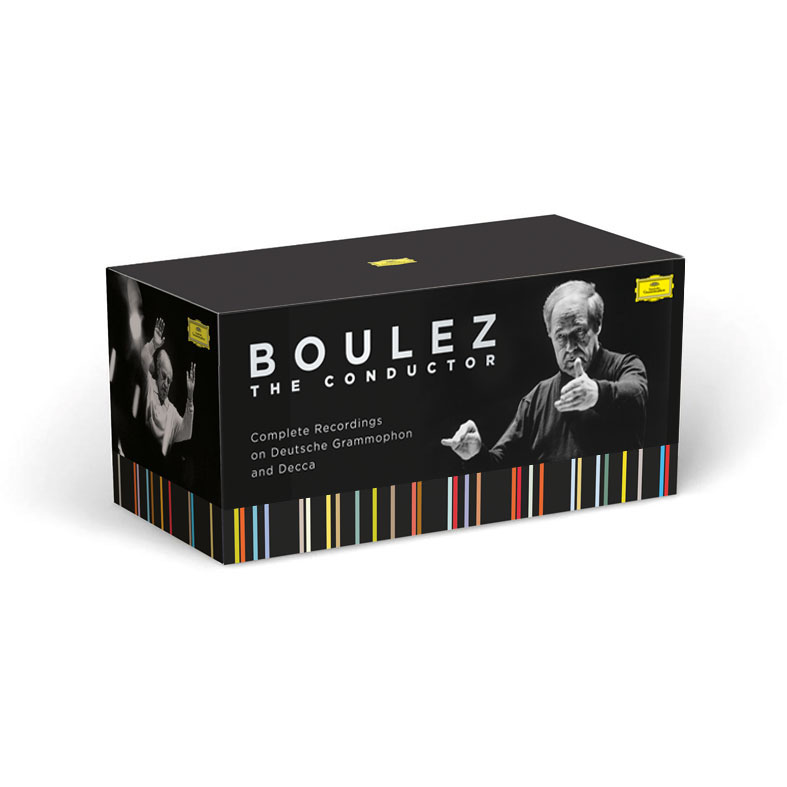 Deutsche Grammophon releases a box set with 84 CDs by the Pierre Boulez conductor.

Although the centenary of Pierre Boulez’s birth will not be commemorated until 2025, Deutsche Grammophon did not want to wait any longer to pay tribute to what it considers “a passionate structuralist and exceptional conductor”, with the release of a box set of 84 CDs – the first comprehensive edition of all Pierre Boulez’s recordings as conductor for Deutsche Grammophon, Philips and Decca – and four blu-ray video discs featuring his musical direction of Patrice Chéreau’s legendary (and scandalous, for the time) staging of the opera cycle The Ring of the Nibelung, when the centenary of the Ring’s… complete premiere was celebrated at the first Bayreuth Festival on 13 August 1876.

The box set, which sells on the prestigious German label’s website for 199.99 euros, features fifteen CDs with works by Mahler and as many with Wagner, as well as eight by Bartók and five by Stravinsky and as many with works by Boulez himself. Berg and Schönberg have four CDs each; three each for Berlioz, Ravel and Webern and two each for Birtwistle, Debussy, Ligeti and Messiaen. The rest are for Bruckner, Liszt, Scriabin, Szymanowski and Varèse, as well as CDs shared by Mozart and Berg; Ravel and Debussy; Richard Strauss and Mahler; Stravinsky and Birtwistle, and Ravel and Wagner and another that includes an interview with Boulez, in which he talks about Debussy, Mahler and Webern.