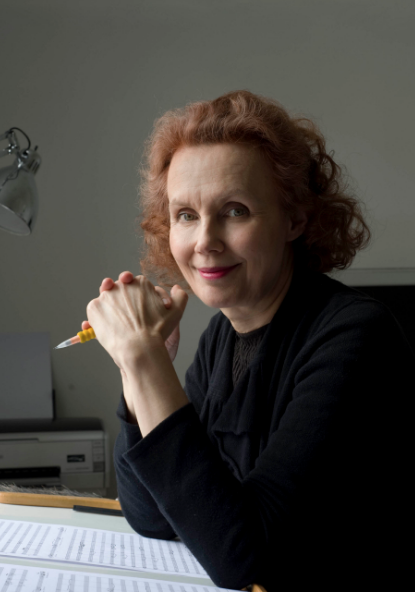 Kaija Saariaho has won the Composition Prize at the 29th Victoires de la musique classique, the prestigious annual French classical music awards founded in 1986. Unlike the Diapason d’Or, which is awarded to recordings, most of these prizes are awarded to performers, orchestras and composers, although there is also an award for the French classical recording of the year.

Leading Finnish composer Kaija Saariaho won this year’s composition prize for her opera Innocence, a polyglot operatic thriller that caused a sensation at the 2021 Aix-en-Provence Lyric Art Festival. She is the second woman to win this category, after Camille Pépin in 2020.

The prize for best recording went to Cris, by French organist and composer Thierry Escaich (Nogent-sur-Marne, 1965) and released in March 2021 by Radio France, although it is made up of pieces from different periods: Visions nocturnes (from 2004), aforementioned Cris (from 2016) and La Piste des chants (from 2018).

© Photograph by Priska Ketterer downloaded from the Kaija Saariaho website.