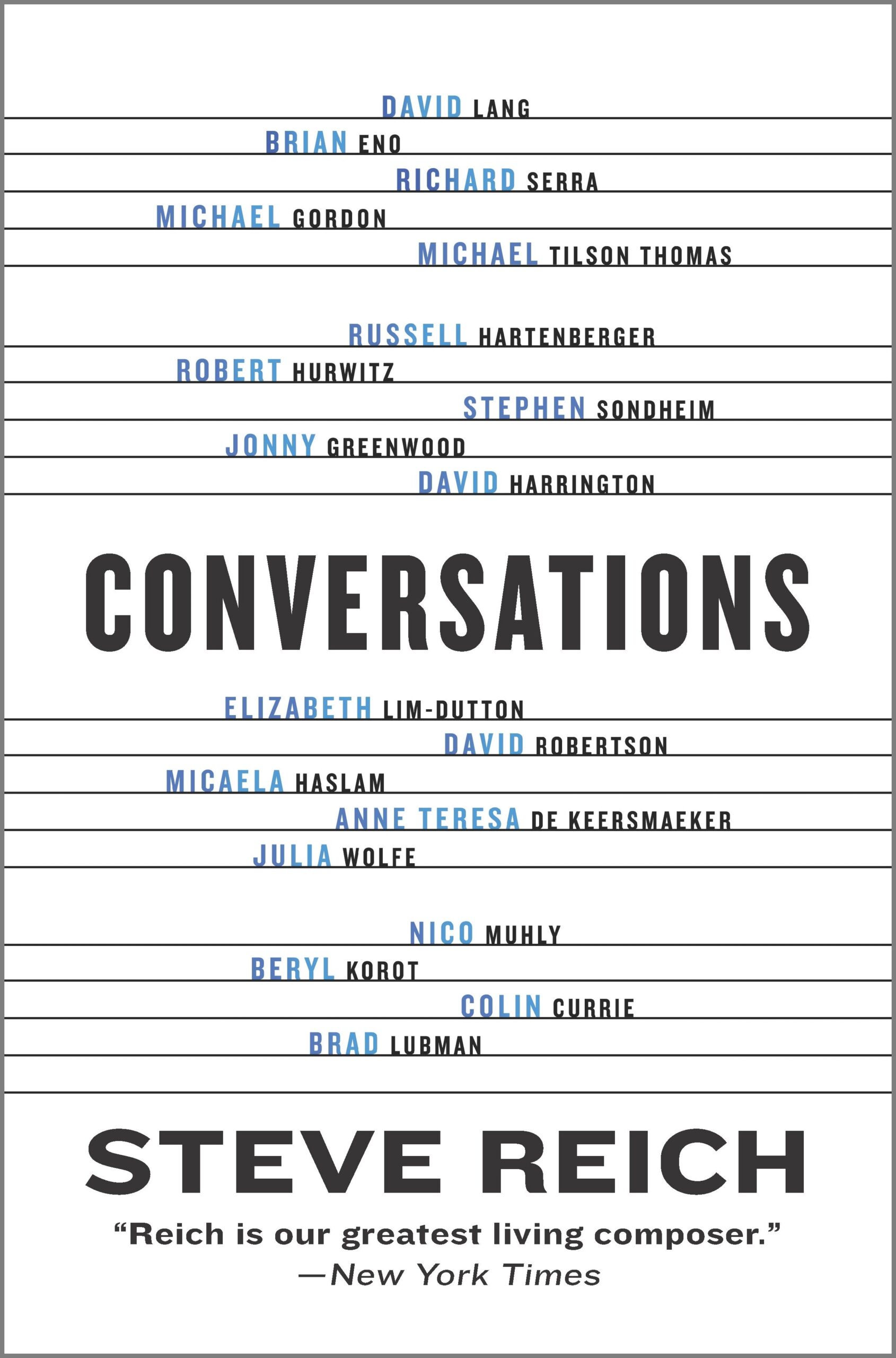 Published a book of “Conversations” between Steve Reich and nearly twenty musicians.

Steve Reich is one of the world’s leading composers and his figure, at the age of 85, continues to grow, with works such as Traveler’s Prayer, composed in Los Angeles in 2020, during the worldwide confinement imposed by the pandemic, and premiered on 16 October at the Concertgebouw in Amsterdam. It was around the same time that Nonesuch Records, the record company that publishes the New York composer’s music, announced the release of a book of talks between Reich and various international cultural figures. And this release, entitled Conversations, finally took place on 8 March, through the New York-based Hanover Square Press and distributed by Harper Collins Publishers.

It is a series of conversations, many of them held via videoconference in 2020 and 2021, as Reich himself explains in the preface, with all these figures: David Lang, Julia Wolfe and Michael Gordon, the three founding composers of Bang on a Can; Scottish percussionist Colin Currie (founder of The Colin Currie Group, an ensemble specialising in contemporary music and, above all, in Reich’s music), Nico Muhly, Brian Eno, Brad Lubman (conductor), Michael Tilson Thomas (conductor, pianist and composer), Russell Hartenberger (professor of percussion at the University of Toronto and member of Nexus and Steve Reich and Musicians since 1971), the recently deceased composer and librettist of musicals Stephen Sondheim (his conversation is from 2015), Jonny Greenwood (member of Radiohead and composer of soundtracks), David Harrington (violinist and founder of the Kronos Quartet), Elizabeth Lim-Dutton (violinist and member of Steve Reich and Musicians), David Robertson (chief conductor of the St. Louis Symphony Orchestra from 2005 to 2018), Micaela Haslam (soprano, specialist in Reich’s work), Robert Hurwitz (the former president of Nonesuch Records from 1984 to 2017 and current president emeritus of Nonesuch, as well as having previously directed the US operations of ECM Records), as well as the Belgian choreographer Anne Teresa de Keersmaeker, who has choreographed so many of Reich’s works; sculptor Richard Serra and Beryl Korot, a video artist who has worked with Reich on works such as The Cave (1993) and Three Tales (2002).

Reich also regrets, in the aforementioned preface, not having been able to include conversations with Sol LeWitt, the minimalist artist “whose work and thought have run so parallel, in a way, with my own”, who died in 2007, and the cultural manager Harvey Liechtenstein, who died in 2017, and who was responsible, for 32 years, for the executive presidency of the Brooklyn Academy of Music (BAM). The conversations are generally about Reich’s music, but each of them focuses on one or more pieces that the other conversation partner was particularly interested in, primarily because he or she had worked with them. And the order in which the conversations appear is, Reich explains, “strictly chronological with respect to the date of the pieces being discussed”, and he notes that the talks “inevitably” drift towards each other’s work, which greatly enhances the book’s interest.

In the conversation with David Lang, for example, with whom the book begins, Reich talks about his beginnings in music and how Professor William Austin may have influenced, with his way of teaching music – a first semester that began with Gregorian chant and went up to the death of Bach, to jump chronologically to Debussy, Ravel, Stravinski or jazz, while the second semester began with Haydn and ended with Wagner -, in the lack of interest that Reich has awakened in the romantic European music of the 19th century. It is also to Lang that Reich explains the origin of his “phasing” technique and that his initial experiments with tape were influenced by Luciano Berio and Cathy Berberian and their Omaggio a Joyce: “I have to thank Berio for putting me on the path that led me to It’s Gonna Rain“.

Among the curiosities to be discovered in the book is, for example, that it was Stephen Sondheim who, on hearing Reich’s Octet in the late 1970s, advised the choreographer Jerome “Jerry” Robbins to make a ballet out of the piece (which was finally premiered in 1985). Or that Reich heard about Radiohead guitarist and keyboardist Jonny Greenwood at a festival in Kraków where Reich was the main artist and where Greenwood performed his own version of Reich’s Electric Counterpoint, which he loved, and confesses that he knew Radiohead existed… but that he had “never heard a single note of their music”. Years later, Reich would compose Radio Rewrite, based on two Radiohead songs, Everything in Its Right Place and Jigsaw Falling into Place.

Anyone who has any doubts about whether a book of conversations between musicians might be heavy or incomprehensible to someone who doesn’t know what a major chord is or how to correctly place a C on a piano, can put them to rest in one fell swoop: the conversations are between friends, and there are no examples of scores for musicologists (except, perhaps, the talks with conductors Michael Tilson Thomas and David Robertson, in which we find depth of technical detail, when Robertson discusses conducting Tehillim, The Desert Music and other pieces by Reich; but Thomas, instead, gives us an anecdote: the almost violent reaction to the performance of Reich’s Four Organs at Carnegie Hall in 1973, as part of a programme for Boston Symphony Orchestra fans who were to hear Liszt’s Hexameron.

For lovers of morbidity: there are hardly any references to Philip Glass, in what is the eternal “Beatles vs Rolling Stones” dilemma of contemporary classical music in the last third of the 20th century. And for anyone who wants a scoop: 2018’s Music for Ensemble and Orchestra, Reich’s first orchestral work in thirty years after 1987’s Four Sections, was recorded at its premiere with the Los Angeles Philharmonic and is ready for release, though no release date has yet been set.