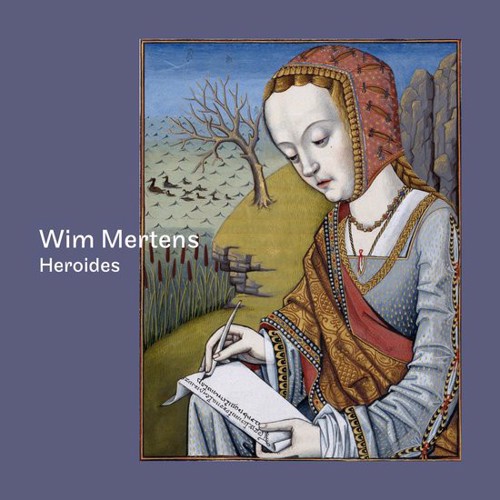 Belgian pianist and composer Wim Mertens has today released his new album, Heroides, the sixty-sixth of his prolific career, through Warner Music Spain. The title refers to the Heroides or Epistulae Heroidum, a collection of elegiac poems written by Ovid – the Roman poet born in 43 BC and died in 17 or 18 AD – before his exile in 8 AD. to Tomos, today’s Romanian Constance, in which heroines of Greek mythology such as Hero, Phaedra, Sappho, Canace, Ariadne, Briseis, Philis, Cydipe, Medea, Dido or Hermione wrote to their absent heroic lovers (Phaon, Leander, Demophon, etc.) because of wars or other reasons for separation.

Heroides is presented as a double album of almost two hours’ duration: it is, in fact, two versions of the twelve pieces entitled with the name of each of these mythological female figures mentioned above, which, in one case, are performed with piano and voice, that of Mertens himself, and in the other with an instrumental chamber ensemble (violins, cellos, harp), completed by Mertens at the piano. These letters are tragic little monologues, showing the pain of separation from a loved one, the pain of a love that cannot be shared, of a future without promise. It is difficult to choose one of the two versions: both, with their subtle differences, show, once again, the ductility and enormous compositional capacity of the Belgian master, in one of his most homogeneously intimate works.