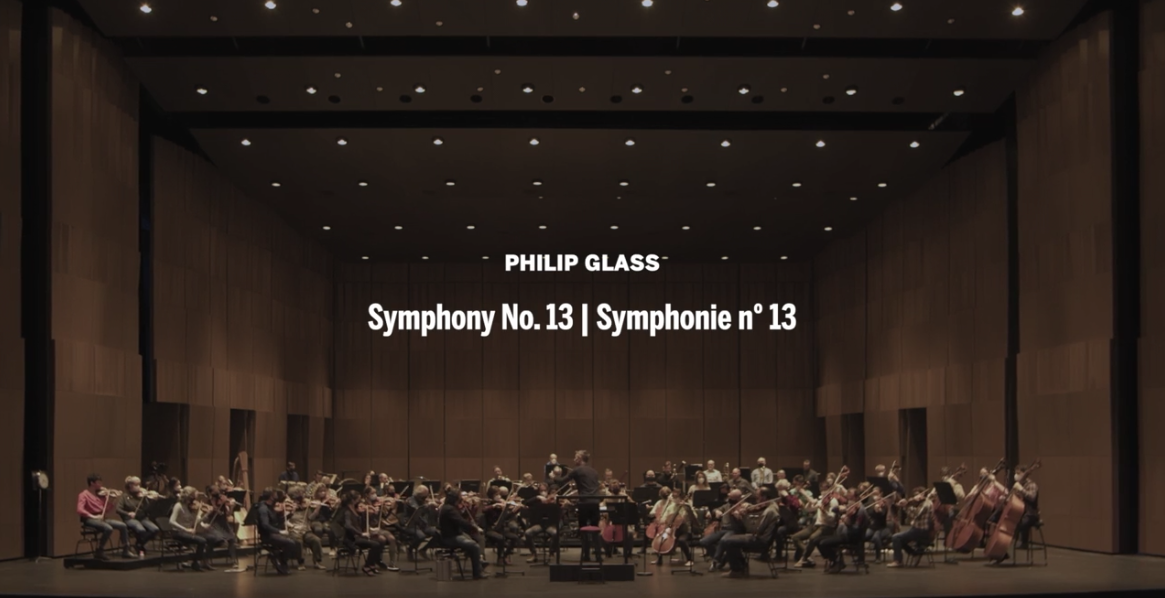 Last night, the National Arts Centre Orchestra of Canada, conducted by Alexander Shelley, gave the world premiere of Philip Glass‘s Symphony No. 13 at Toronto’s Roy Thomson Hall. It was commissioned by the orchestra from the composer, with the theme “Truth in Our Time”, as a tribute to the late Canadian-born American journalist Peter Jennings (1938-2005), considered the last great news anchor in the United States. Jennings anchored ABC’s World News Tonight from 1983 to 2005, a position he left just four months before his death. Jennings was also the founding director of the US chapter of the Friends of the NAC Orchestra from New York, and a lifelong supporter of Canadian artists in general.

The NAC Orchestra will next bring Glass’ Symphony No. 13 to New York’s Carnegie Hall on 5 April and to the Southam Hall of National Arts Centre in Ottawa, where it will be performed on 13 and 14 April. In the link provided by the communications department of the NAC orchestra you can see some moments of the rehearsals and Alexander Shelley’s statements about the work.

© Photo provided by the communications department of the Orchestra of the National Arts Centre of Canada.