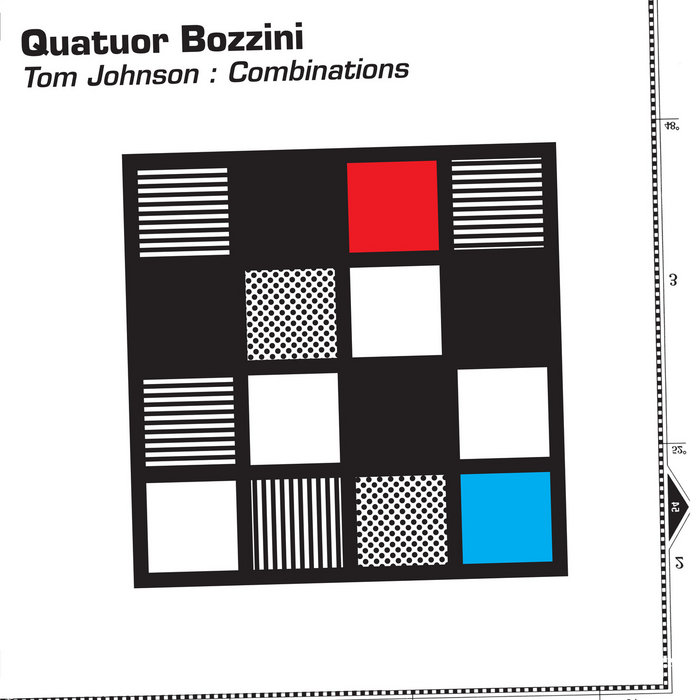 Tom Johnson (Greeley, Colorado, 1939) is one of the essential figures of the minimalist music scene. As a composer, he was a student of Morton Feldman and was also the author of the first minimalist opera in history, The Four-Note Opera, composed in 1972. As a journalist, he worked for ten years, between 1972 and 1982, at the influential (at the time) Village Voice in New York. In fact, he prides himself on being one of the first to refer to the musical current that was sweeping the alternative spaces of downtown Manhattan as “minimalism”, although he used the term on 30 March 1972 in an article entitled The Minimal Slow-Motion Approach, which talked about a concert at the Presbyterian Church in Greenwich Village, with works by Stuart Marshall, Mary Lucier and Alvin Lucier. Nothing to do with Reich or Glass, whom he referred to as “repetitive”.

As a composer, one of his defining characteristics is absolute conceptual simplicity and a Cageian, Duchampian humour. In fact, Johnson has come to regard himself not as a composer, but as a “finder of objects”, in the sense of Duchamp’s “found object”. Just a few weeks ago, the Canadian record label Distribution Ambiances Magnétiques Etcetera (DAME) released Tom Johnson: Combinations, an album in which the Bozzini quartet performs a series of pieces dating from different periods of his production: Formulas for String Quartet (eight short pieces, from 1994); Combinations for String Quartet (another five pieces, from 2003, lasting between four and six minutes), Tilework for String Quartet (also from 2003, the longest piece on the album, at just over nine minutes) and Four-Note Chords in Four Voices (fifteen short pieces, around a minute, from 2009).

Having said that Johnson (who lives in Paris since 1983, married to the Spanish conceptual artist Esther Ferrer) is driven by humour and conceptual music, this succession of pieces offers exhaustive combinations and permutations of explicitly titled compositions. Combinations for String Quartet, Johnson himself explains, “contains five movements, and each of these contains all the combinations of something. As usual, I wanted the music to know what it was doing, to be correct and complete in a rigorous sense, and this is one way of achieving this. The theory of combinations is a totally explored mathematical discipline, as we have known for more than a century how to calculate all kinds of combinations and probabilities, and how to prove all of this. So what I say about my composition can not have fundamental significance for mathematics. I can, however, demonstrate that new questions arrive when one wants to go inside some set of combinations, to see how they come together, to observe the many symmetries within them, to find the best sequence for them, to consider how they might sound, to turn them into music.”

Similarly, Four-Note Chords in Four Voices is what its name suggests: four-note chords in four voices, and Formulas for String Quartet is also easy to perceive: even when the music flows too quickly to count the notes and analyse exactly what is going on, you notice the strict, mathematical logic with which it has been composed. We may recall that Johnson is the author of The Chord Catalogue: All the 8178 chords possible in one octave, which is exactly that: a “listing” of the 8,178 chords possible in one octave, from two-note chords to the absolute cluster.

Tilework for String Quartet, likewise, is a collection of compositions in which individual tiles/rhythms fit together in non-simultaneous musical sequences, often filling all available points of a line or loop. It sounds simple, but it is not. What is important when listening to the record is that Quatuor Bozzini manages to make the result sound warm and lively outside of the mathematical rigidity that characterises it. Johnson himself has also explained that “listeners do not need to master counterpoint to appreciate a Bach fugue”.