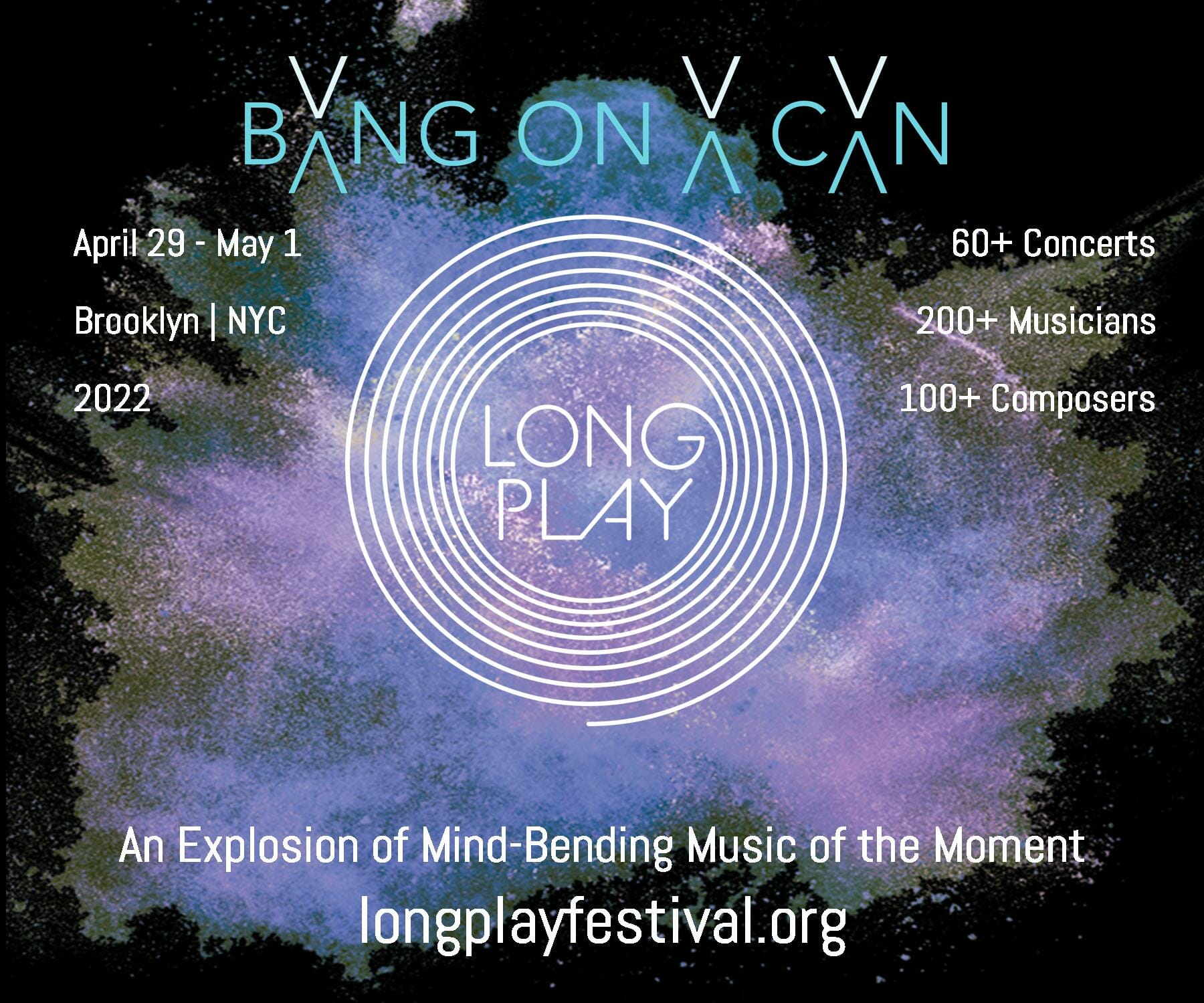 The first edition of Long Play Festival, organised by Bang on a Can, starts today in New York.

Two years ago, the New York-based non-profit cultural organisation Bang on a Can was organising a new multi-day Long Play Festival. In 2020 it would be thirty-three years since the institution founded by three musicians of the post-minimalist musical avant-garde, David Lang and the married couple Julia Wolfe and Michael Gordon, was created in 1987.

That first edition of the festival never took place, we all know why. But now, with the sanitary restrictions lifted, the Long Play Festival can get rolling, and it does so with a programme of concerts that starts today and ends this Sunday, taking place in various locations in the New York borough of Brooklyn: the BAM, Roulette, Littlefield, the Center for Fiction, Mark Morris Dance Center, Public Records and the outdoor plaza at 300 Ashland.

The festival, as can be read in a brief statement on the Long Play website signed by the three founders of Bang on a Can, is a response to the current moment in music. “Right now – this minute – is an amazing time to love music. Musicians and listeners from every corner of the music world are pushing beyond their boundaries, questioning their roots, searching and stretching for the new. There has never been a time when music contained so much innovation and diversity, so much audacity and so much courage. And we want to show you all of it. With the creation of LONG PLAY we are presenting more kinds of musicians, playing more kinds of music, bending more kinds of minds. LONG PLAY expands and enlarges our scope and our reach, and puts more new faces on stages than ever before. It’s a lot of music!”.

The programme of performances (to exceed sixty) begins today, Friday, at 17:00 New York time (23:00 in mainland Spain), with a concert by the vocal sextet Ekmeles, in which they will perform Stimmung, one of Karlheinz Stockhausen’s most important compositions, considered the first great Western composition based entirely on vocal overtone production. Among the rest of the concerts to be held this weekend, we can highlight fundamental pieces of music from the last sixty years, such as The Backyard -the seventh and last episode of the television opera Perfect Lives, Robert Ashley’s masterpiece, which will be performed by Matmos-, In C -by Terry Riley, which will be performed by Sasha Waltz & Guests, whose guests include Bang on a Can All-Stars-, Music for Airports -by Brian Eno, performed by Bang on a Can All-Stars and the Choir of Trinity Wall Street -, L’ile re-sonante and Occam X – by Éliane Radigue, with Nate Wooley and Michael Pisaro -, Kanon Pokajanen – by Arvo Pärt, performed by the Choir of Trinity Wall Street – or Strange and Sacred Noise – by John Luther Adams, performed by the Left Edge Percussion group, led by its director, Terry Longshore -. The list of performers also includes musicians and composers such as, among many others, Attacca Quartet, Tristan Perich, Pamela Z, J.G Thirlwell, Robert Black, the Brooklyn Youth Chorus, Vijay Iyer (with Linda May Han Oh and Tyshawn Sorey), Sun Ra Arkestra or Michael Riesman, the musical director of the Philip Glass Ensemble, performing solo pieces by Philip Glass himself. There are also performances of works by David Lang (the death speaks song cycle, performed by Shara Nova), Michael Gordon (Timber, performed by Mantra Percussion) and Julia Wolfe (The String Quartets, performed by the Ethel String Quartet).