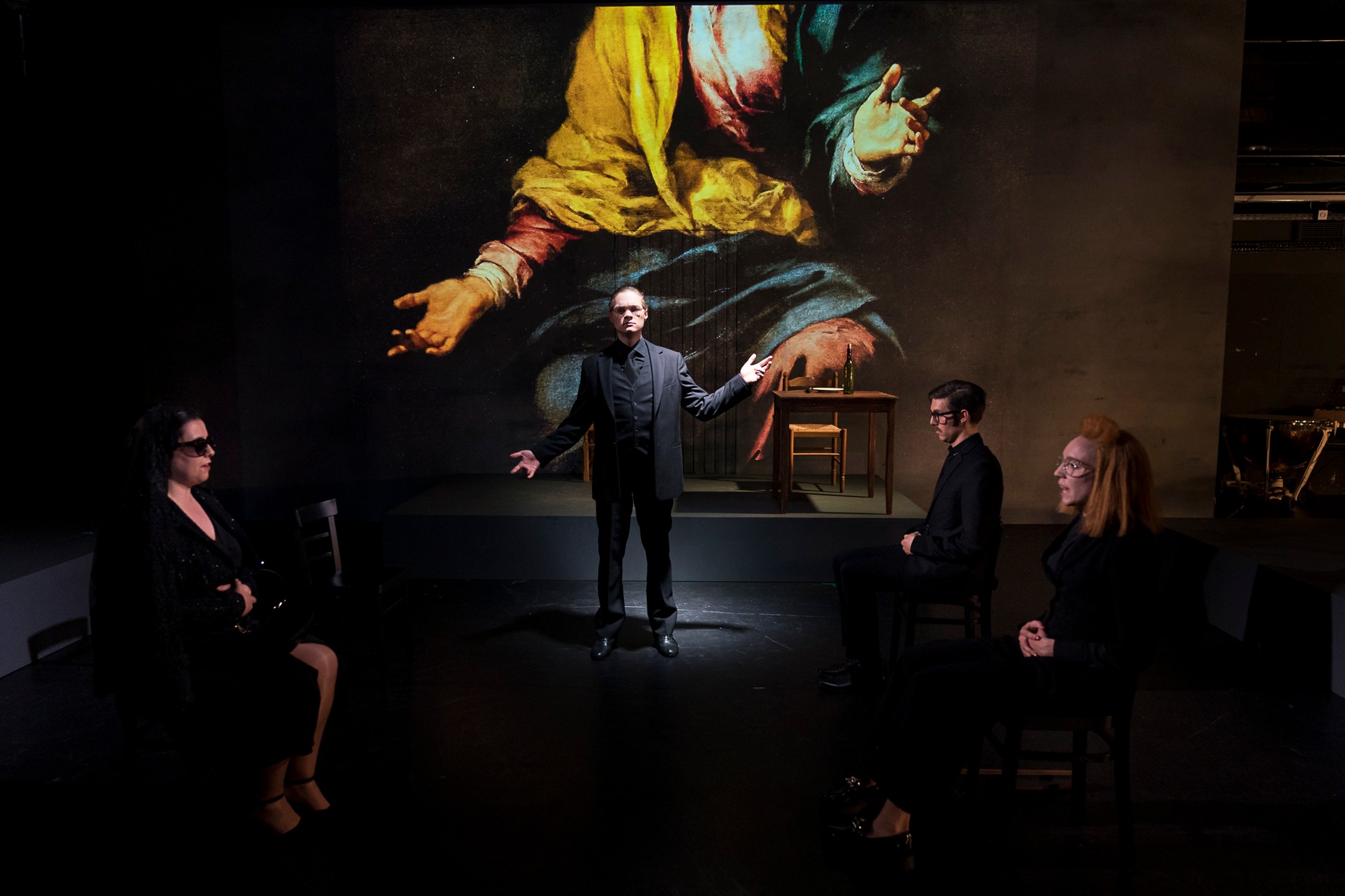 Since 2007, Graz Opera and the University of Music and Performing Arts Graz have been cooperating to give their composition students the opportunity to write a chamber opera under the guidance of their professors, stage director Christoph Zauner and music director Leonard Grams, in a programme called Opern der Zukunft (Opera of the Future). In 2022, the composers selected to showcase their works are South Korea’s Jeeyoung Yoo, Hungary’s Ármin Cservenák, Turkey’s Sinan Samanlı and Spain’s Joan Gómez Alemany, who will perform a joint programme of their chamber operas (each lasting around twenty minutes) tomorrow, 24 May.

Joan Gómez Alemany will premiere his opera Glücklich, die wissen, dass hinter allen Sprachen das Unsägliche steht (Happy those who know that behind all languages lies the unspeakable), based on selected texts by Rainer Maria Rilke (the title poem is his), Friedrich Hölderlin, Novalis, Angelus Silesius and Fernando de Rojas (La Celestina), in German and Spanish. It is a production for four singers (soprano, alto, tenor and bass), twelve instruments and video and photo projection, an interdisciplinary musical theatre work which, as explained on the Graz Opera’s website, “reflects on the concept of languages and the three great achievements of humanity – art, religion and philosophy – through which man explains the world to himself”.

During the performance, a short film also made by the composer, who studied visual arts at the Universitat Politècnica de València (UPV), will be shown. The short film, entitled Arma del diablo, cabeza del pecado, destrucción del paraíso (Weapon of the devil, head of sin, destruction of paradise), is inspired by La Celestina by Fernando de Rojas, and was premiered at the Sala Berlanga in Madrid on 11 December 2018, as part of the cycle SGAE en Corto.

On the website of the Graz Opera you can read a statement by Gómez Alemany regarding opera: “The opera of the future should be something natural. But due to socio-economic realities, the music of the past is the music of the present. An old repertoire that is endlessly repeated, leaving no room for contemporary creation. Only in a utopia of the future does the music of today have its authentic place, because in the present it is marginalised and almost non-existent”. Gómez Alemany has recently released his new album, 7 Works for Chamber Music and Ensemble, on the Liquen Records label, in which he brings together several works written over the last few years.

© Photograph by Werner Kmetitsch of the staging of the opera by Joan Gómez Alemany provided by Liquen Records.