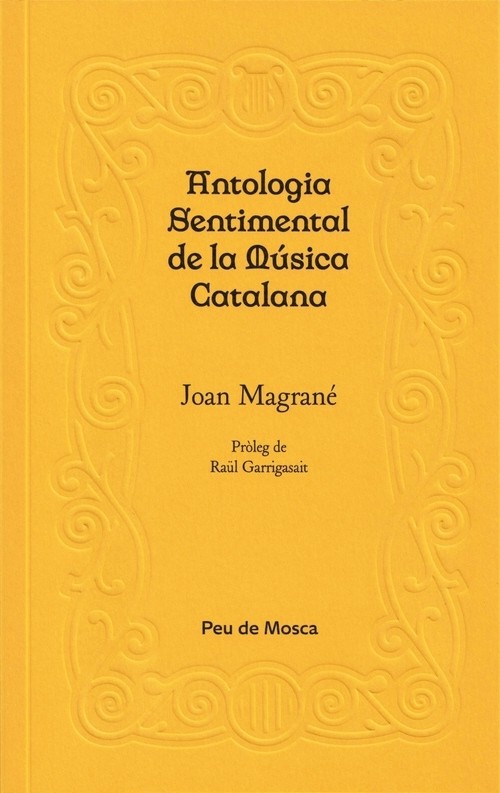 A few weeks ago, the new publishing house Peu de Mosca published Antologia Sentimental de la Música Catalana [a sentimental anthology of catalan music], a collection of essays written by the Spanish and Catalonian composer Joan Magrané (Reus, 1988). In the first two parts, the musician reveals, from a personal point of view – based on his “experiences with the works of some composers” – some of the great names of 20th-century Catalan music (a couple of them with works in the 19th century): Enric Morera (Barcelona, 1865- ibidem 1942), Joaquim Serra (Peralada, 1907-Barcelona, 1957), Manuel Blancafort (La Garriga, 1897-Barcelona, 1987), Juli Garreta i Arboix (Sant Feliu de Guíxols, 1875- ibidem, 1925), Eduard Toldrà (Villanueva y Geltrú, 1895-Barcelona, 1962) and Federico Mompou (Barcelona, 1893-ibidem, 1987), plus those present in the second chapter, Dos compositors del Camp [two composers from the Camp], with texts on Robert Gerhard Ottenwalder (Valls, 1896-Cambridge, 1970) and Joan Guinjoan (Riudoms, 1931-Barcelona, 2019).

Many of these brief portraits of composers, sentimentally important for his formation as a music listener, have been published between 2017 and 2018 in La Llança [the lance], the cultural supplement of El Nacional, the Catalan digital newspaper founded in 2016 by the former editor of La Vanguardia José Antich. Others, on the other hand, belong to lectures given at the Reus Reading Centre in December 2020 and January 2021. Magrané states, in the epilogue, that “these writings are not born of a musicological intention, nor, even less, do they aim to achieve a solid academic nature […] The articles were written by hand and with the express intention of not searching either too little or too much through the abundant but unfathomable sources of the internet in order to express on paper, in this way, something perhaps not very innovative but, as far as possible, personal and original”. In some cases, the texts have been revised, expanded and, as Magrané states, “only in some cases recounted, almost rewritten”. With this “personal” character, the book, if one were to compare it with the sixth volume of Tomás Marco’s Historia de la música española, dedicated to the 20th century and published by Alianza Música in 1983, does not aim to cover everything, but to embrace, as the doctor in Classical Philology Raül Garrigasait says in the prologue to Antologia Sentimental de la Música Catalana, “a legacy in all its extremes, from the solar expression of Joaquim Serra to the Central European severity of Benet Casablancas, from the romantic Morera to the cosmic energy of Hèctor Parra and the Zen sonorities of Josep Maria Guix and Ramon Humet, passing through the vibrant silences of Mompou and the dodecatonism of Gerhard”. But, at the same time, and precisely given Magrané’s powerful sentimental link with these authors, the texts, despite the brevity with which each character is approached, offer us excellent reasons to delve into their respective works in depth, in search of elements with which to incorporate them into our own sentimental memory.