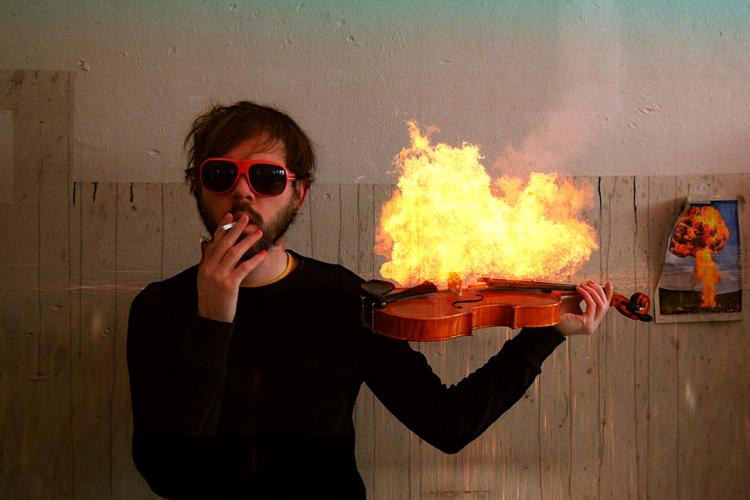 The 66th Biennial of Music has begun, focusing this year on new forms of experimental music theatre.

The 66th edition of the Venice International Festival of Contemporary Music, popularly known as the Venice Biennale, began on 14 September and runs until 25 September. The 2022 edition, directed by composer Lucia Ronchetti, has focused on new forms of experimental music theatre. A new production of Jules Verne by Giorgio Battistelli, Golden Lion for Lifetime Achievement 2022, was performed on the opening night of the Festival at the Teatro La Fenice by Ars Ludi, the 2022 Silver Lion winning percussion trio.

Biennale Musica 2022 will present new works of experimental music theatre commissioned from Simon Steen-Andersen, Helena Tulve, Michel van der Aa, Paolo Buonvino and Annelies Van Parys, in addition to the Italian premieres of new projects by Alexander Schubert, Rino Murakami and Ondřej Adámek co-produced with other European institutions. A new production of Jules Verne by Giorgio Battistelli, Golden Lion for Lifetime Achievement 2022, was performed by Ars Ludi, winner of the Silver Lion 2022, on the inaugural evening of the Festival at the Teatro La Fenice.

The festival programme also includes several classics of “instrumental theatre” by Mauricio Kagel, Georges Aperghis and works by composers recognized in this field such as Carola Bauckholt and François Sarhan.

Out of Stage, a title that refers to works conceived for places and situations other than those offered by traditional stages, sketches out a wide perspective of contemporary music theatre and the role of new technologies, of multimedia, that includes the programming of virtual and augmented reality applied to sound, in new forms and genres codified by the composers involved in the festival, such as Instrumental theatre, Experimental Music Theatre, Sound Installation, Radio Play, Performative Lecture, Experimental Performance, Scenic Concert, Performative music theatre, Performative Sound Installation, Augmented reality sound installation, Performative radio composition and Sound theatre, Choral Music Theatre, Prying ritual and the contemporary revival of two ancient genres, the Sacra Rappresentazione and the Madrigale Rappresentativo.

Sleep Laboratory by Alexander Schubert, a work co-produced in collaboration with the ACHT BRÜCKEN festival of the Kölner Philharmonie and the “rainy days festival” of the Philharmonie Luxembourg, is an immersive and participatory performancelasting 60 minutes, for ensemble and virtual reality, which seeks to recreate a group sleep session with interpolations based on the themes of hypnosis, journey and meditation. As the people in the audience lie in small individual compartments on cots wearing VR headsets, the German composer and director Alexander Schubert transports them from the performance venue into various sound environments that take the form of dreams and visions.

Among the works of music theatre commissioned by the Biennale Musica 2022, one that is particularly representative of the festival is The Return, the new project by Simon Steen-Andersen, the Danish composer based in Berlin, one of the most widely acknowledged voices in post-Kagelian experimentation. The dramaturgy of the piece, based on Claudio Monteverdi’s Il ritorno di Ulisse in patria, uses quotations and re-elaborations of the original score to tie into a reconnaissance of the sites on which the Teatro di San Cassiano and the Teatro dei Santi Giovanni e Paolo, the first public theatres in Venice, once stood, and to an evocation of the opera’s first performance.

Visions by Helena Tulve, the Estonian composer who continues Arvo Pärt’s experimentation in composition within the field of liturgical vocal music, postulates the creation of a new form of contemporary sacra rappresentazione, based on the musical manuscripts in the Library of Santa Maria della Fava, studied and transcribed by Giulio Cattin in 1994 and on the Gospel of Mary Magdalene. In collaboration with the Estonian ensemble Vox Clamantis and the historical Cappella Marciana, Helena Tulve has conceived a work in which the sound from different instrumental and vocal sources inside the Basilica transforms the acoustic space into a complex pulsating instrument. In 1994, the year of Giulio Cattin’s important discovery, the Biennale Musica directed by Mario Messinis celebrated the event with a concert of contemporary sacred music held in San Marco, which included the world premiere performance of the newly-found fragments. The tribute to Messinis and Cattin will be further explored in a round table organized by Roberto Calabretto, scientific director of the Fondazione Ugo e Olga Levi, with the participation of Helena Tulve, conductor Francesco Erle and musicologist Antonio Lovato.

The Dutch composer and director Michel van der Aa has imagined a new work for the Biennale Musica 2022, The Book of Water,based on the theme of land erosion as a result of rain and flooding, after the novel Der Mensch erscheint im Holozän by Max Frisch and working on the images, movements and sounds of different environments. The composer will bring a theatrical vision of the lagoon environment into one of the most ancient theatres in Venice, the Teatro Goldoni,as if it was a re-evocation of what took place for the very first opera performed at the Teatro di San Cassiano in 1637, Francesco Mannelli’s Andromeda, which opened with a scene of a nocturnal water landscape lit by faint candlelight, as described by Antonio Bariletti in the printed libretto: “The curtain disappears. The scene is entirely of the sea. In the distance there is a view of water and rocks so ingeniously crafted and natural-looking that it made the spectators doubt whether they were in a theatre or on a real seashore”.

The Sicilian composer Paolo Buonvino, known for his soundtracks, has designed a scenic concert based on the experience of collective breathing as a sound and as a vital gesture.The project is inspired by the Sicilian and Mediterranean culture of the çiatu (breath) and by the relation between the rhythm of human breathing and that of the waves that surround the island. Paolo Buonvino has conceived a stage structure that will hold, protect and host the audience of çiatu, inside which the musicians will create a collective breathing exercise, in a participatory form that seeks to evoke and transcend the experience of suffering and fear brought by the pandemic.

Belgian composer Annelies Van Parys in Notwehr re-elaborates Adriano Banchieri’s collection of twenty madrigals for five voices Barca di Venetia per Padova, published in 1605 and revised for the second edition in 1623, an overview in music of the society of the time that gathers a variety of characters, idealised portraits of musicians from foreign countries and various Italian regions, on a journey by boat along the canals. The journey, in this case, will take place in the form of a scenic concert in the Sala Capitolare of the Scuola Grande di San Rocco, painted by Tintoretto, which will include figures from the past and from the present, giving rise to a dialogue between two realities distant in time but close in terms of expressive and dramaturgical means. Adriano Banchieri’s important collection, an acoustic photograph of eighteenth-century Venetian cosmopolitanism, represented a new form of concertante vocal polyphony, the Madrigale rappresentativo, in which the singers were identified as characters, and their performance supporting the static but intense theatricalisation of the event, an idea revived and developed with contemporary techniques by Annelies Van Parys in collaboration with the librettist Gaea Schoeters, the Belgian HERMESensemble and the new vocal ensemble VENETIAETERNA founded and directed by Francesco Erle.

Ondřej Adámek, composer, performer and director from Prague and the young Japanese composer Rino Murakami are collaborating on a joint project entitled Reaching Out for the Ensemble N.E.S.E.V.E.N., an ensemble founded by Eric Oberdorff and Ondřej Adámek, consisting of six voices, two percussionists and two dancers which can perform coherent and complex vocal and instrumental dramaturgies and choreographic works.

Contemporary music theatre is constantly evolving, elaborating forms from the past that can bring meaning to the present time and to the complex global reality we live in. The voices of composers Mehdi Jalali from Iran, Yvette Janine Jackson, the American composer, representative of the Afro-Diasporic Experimentalism, Klein, the Nigerian performer based in London, of the American composer and producer of Taiwanese origin X.Lee, the composer of electronic music from Florence Daniele Carcassi and the group of Native American composers showcased by the collective project of the Shenandoah Conservatory, which includes a world premiere performance of a work by the composer of Mohican origin Brent Michael Davids, bring protest back to contemporary music theatre, in forms borrowed from pop music creation and non-academic musical experimentation, against dispossession, abuse, the denial of rights, the refusal to acknowledge and respect sexual identity, all of which continue to take place before our very eyes. The Biennale Musica 2022 wishes to offer some of these voices a place in which to express themselves, encouraging them to experiment with new forms of performance.