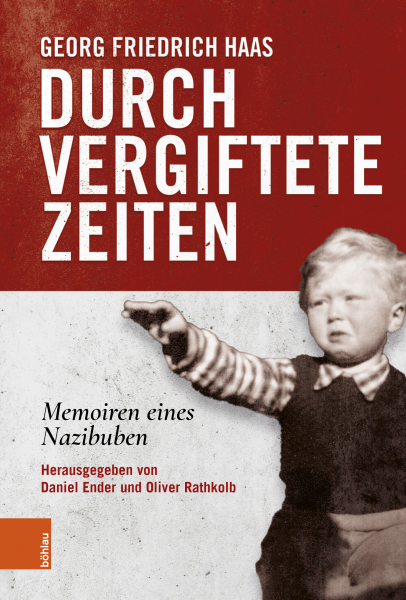 Austrian composer Georg Friedrich Haas publishes his cathartic autobiography, having been born into a Nazi-supporting family.

The Austrian composer Georg Friedrich Haas (Graz, 1953) has just published his autobiography, Durch vergiftete Zeiten: Memoiren eines Nazibuben [Through Poisoned Times: Memoirs of a Nazi Child], in which he describes the complex history of his Austrian family, which was linked to National Socialism, and, above all, his determined struggle against the emotional burden experienced in his family – in which a mixture of inflexibility, denial of reality, repression and internalisation of a twisted role of victims was rife – and his absolute dissociation from this past.

In the book, Haas exposes the feelings of guilt and the strict upbringing with which parents tried to pass on their ideology to their children, and talks about the 1976 edition of the Steirischer Herbst – the famous international festival of contemporary art that has been held annually since 1968 in early autumn in the Austrian state of Styria, characterised by the interconnection of different artistic disciplines (theatre, visual arts, film, literature, dance, music, architecture, performance, new media and theory) – , in which Haas participated with his own work and in which his father actively intervened in a radical initiative of the most conservative social strata in the region to abolish the art event. .

“I want to report on this. I am a witness, a witness to the continuity of National Socialism in private life,” explains the composer, who admits that until 1974 he still “doubted the figure of six million murdered Jews, believing that the outbreak of the Second World War was the result of an aggressive conspiracy by the Allies against the peace-loving Nazi regime”…

Long conversations with a friend, but also an encounter with his teacher, the composer Ivan Erőd – whose family was murdered by the Nazis – and with the music of John Cage, contributed decisively to his transformation, he explains.