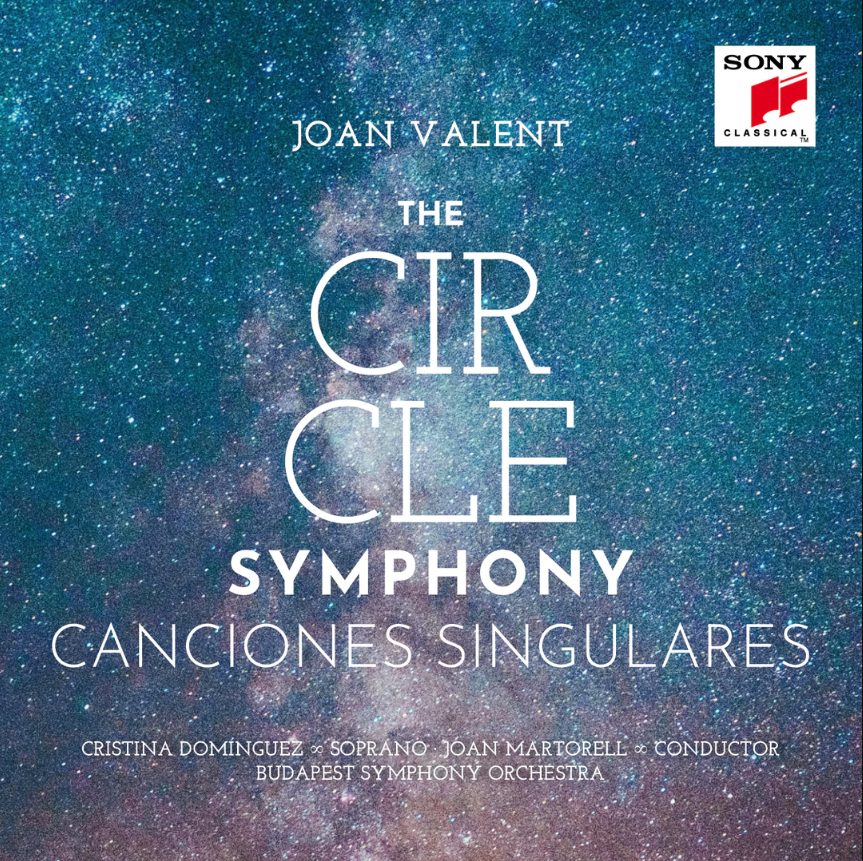 The Circle Symphony and Canciones singulares, by the Spanish composer Joan Valent, were given their world premieres just twenty days ago at the Auditorio Nacional in Madrid. They are two different pieces, but created almost simultaneously, which have today been released on the Sony Classical label.

Valent is one of the few, very few, Spanish composers to have included the American minimalist movement – that of Glass, Reich, Young, Riley and Adams – among his main influences when composing. This influence is especially visible in The Circle Symphony [is its original title, in English], in which the fractal repetition of a structure of simple notes generates intensity and complexity in a composition lasting just over half an hour, distributed in four movements –Simplicity, The Straw, The Circle and The Stone-, which can be compared to the constant flow of waves and undertow licking the sand of a beach.

The other side of the album, if released on vinyl, is made up of four Canciones singulares [Unique Songs], written, lyrics and music, by Valent as a tribute to his friend the soprano Cristina Domínguez, who is ill with cancer. These four songs are the first texts ever written by Valent to be sung, and are directly inspired by the soprano’s life: her birth (El primer sueño) [The First Dream], her youth (Si te alejas) [If You Move Away], her maturity (La geografía de la piel) [The Geography of the Skin] and her fight against cancer (Los ríos de mi cuerpo) [The Rivers of my Body], and it is she herself who sings them on the record, just as she performed them in their live premiere.

Although both cycles are performed by the Budapest Symphony Orchestra, conducted by Joan Martorell, the sonorities are different. If in the symphony the style and spirit is minimalist, in the lieder cycle the influence could be considered to be more classical, Germanic and dense, with a Nietzschean epic – the “will to power” that characterizes Domínguez’s struggle to confront his illness with determination – that harks back to Richard Strauss.