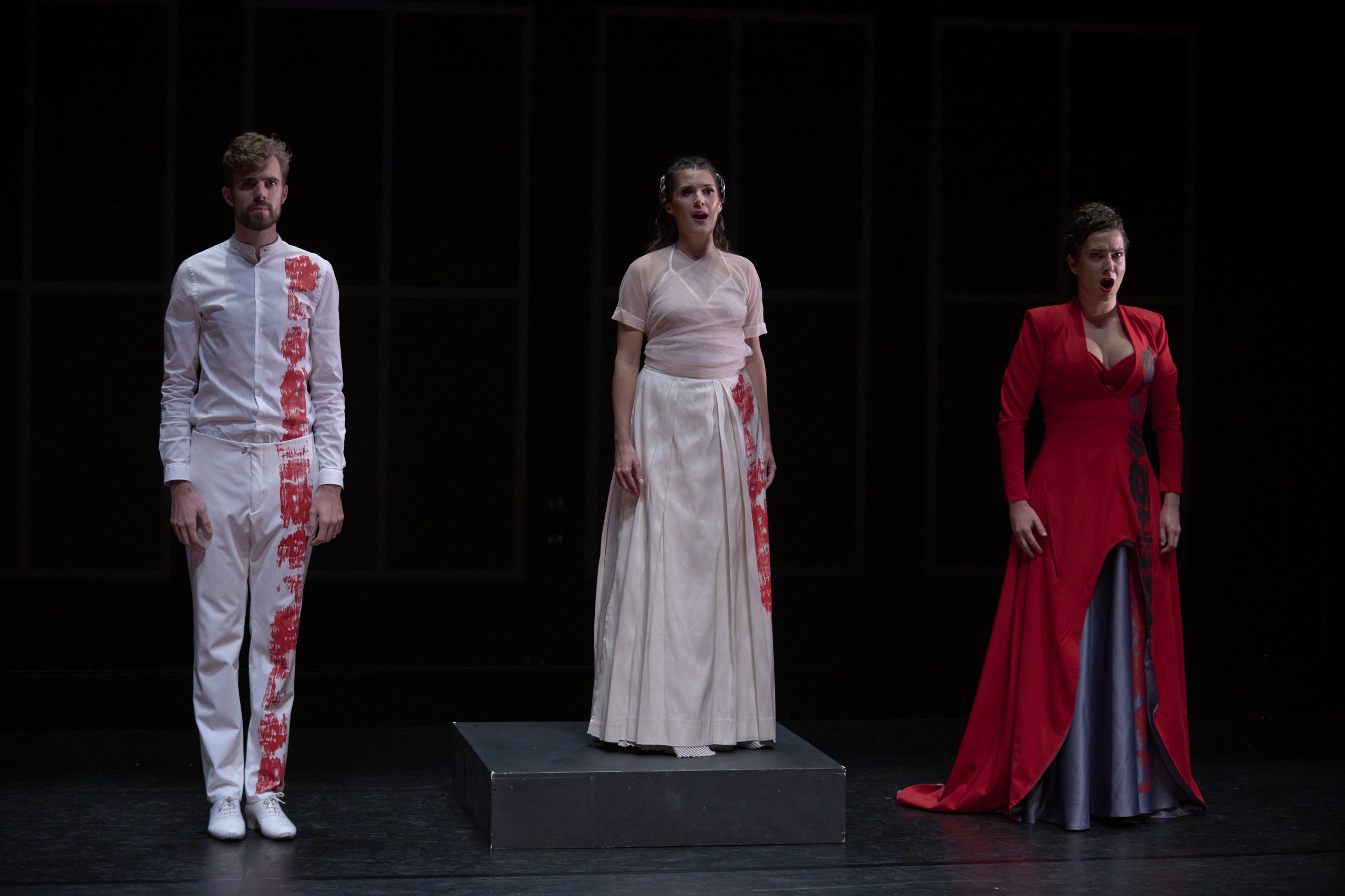 This evening, at 19:45, the Madrid premiere of the chamber opera Diàlegs de Tirant e Carmesina, by Joan Magrané, which forms part of the 2022-2023 opera season of the Teatro Real de Madrid, will take place in the Sala Verde of the Teatros del Canal.

Magrané is one of today’s leading Spanish composers, who, because of his age, can still be considered “young” (he was born in Reus in 1988). Diàlegs de Tirant e Carmesina is, for its part, one of his most recent musical theatre works: it premiered at the Peralada Festival in the summer of 2019. Co-produced with the Liceu theatre and the production company Òpera de Butxaca i Nova Creació, the show arrives today at the Teatros del Canal theatres, but as part of the opera programme of the Teatro Real’s current season.

Diàlegs de Tirant e Carmesina has a striking neon-lit stage design by the Spanish artist Jaume Plensa and a libretto by the Spanish playwright Marc Rosich – artistic director of Òpera de Butxaca – based on the texts he himself wrote for the staging that Calixto Bieito presented at the Teatro Romea in 2008 of the masterpiece of Valencian literature Tirant lo Blanc, written by Joanot Martorell between 1460 and 1464. The immense (and hilarious) novel of chivalry was admired by Cervantes to the point of saving it from burning in a famous episode of Don Quixote. Rosich and Magrané have focused the work’s attention on the love quartet formed by the princess Carmesina, the knight Tirant, the maiden Plaerdemavida and the Widow Reposada, Carmesina’s wet nurse. Sensuality is the leitmotif of the text, and Magrané’s composition, as stated in the reviews after the premiere, shows his “artistic maturity” and “technical mastery”, but also “sensitivity and dramaturgical sense”. The reviews defined the third part of the chamber opera as “absolutely anthological at all levels”.

Diàlegs de Tirant e Carmesina is conducted by Francesc Prat, leading the soloists of the Orquesta Titular del Teatro Real in the four performances programmed at the Teatros del Canal (23, 24 and 26 November at 19:45, and Sunday 27, at 18:30). Baritone Josep-Ramon Olivé plays the role of Tirant and soprano Isabella Gaudí plays Carmesina, while mezzo-soprano Anna Brull doubles as the other two characters: the Widow Reposada and Plaerdemavida.

© Photograph by Pablo Lorente, provided by the press department of the Teatro Real.