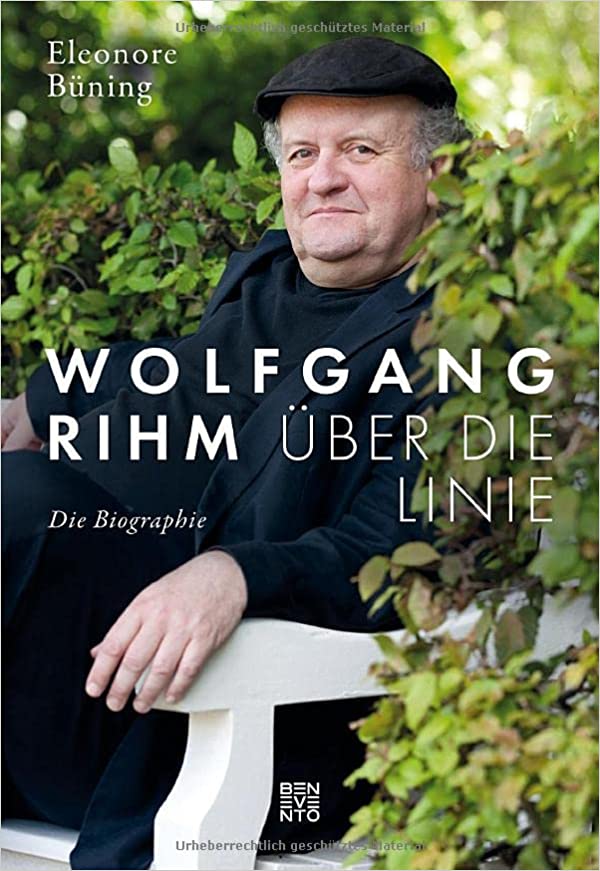 In recent months, the German publisher Benevento Publishing has published Wolfgang Rihm: Über die Linie [Wolfgang Rihm: Above the Line], a biography of the composer Wolfgang Rihm (Karlsruhe, 1952) written by the music journalist Eleonore Büning, music critic for the Frankfurter Allgemeine Zeitung. Rihm is one of the great German composers between the 20th and 21st centuries. His work Reminiszenz had its world premiere at the 2017 inauguration of the Elbe Philharmonic, the only contemporary work performed at the event.

In the biography, published as a tribute to Rihm’s 70th birthday (on past 13 March), Büning describes for the first time the life and work of this great composer, with whom he has a long-standing friendship. Rihm never felt that he belonged to a particular style or school, but saw Bach or Beethoven as his contemporaries and did not exclude anything in his concept of what music should be.