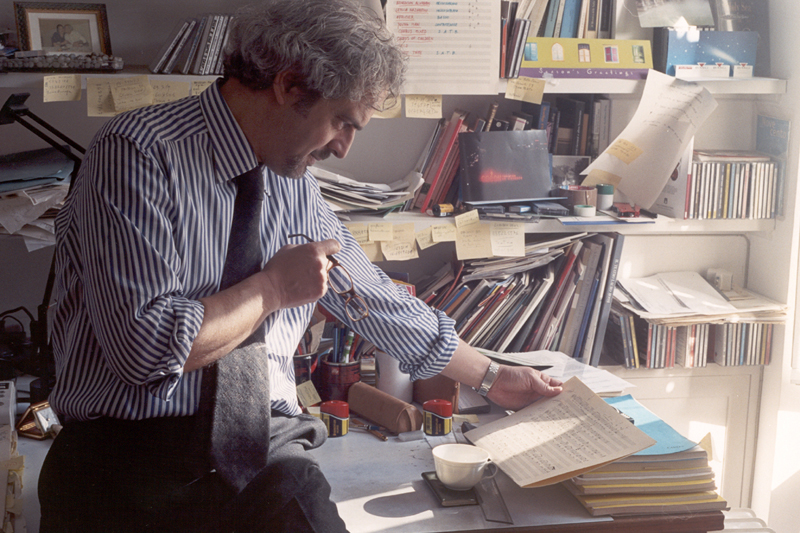 The Board of Directors of the Venice La Biennale, at the proposal of Lucia Ronchetti, Director of the Music Biennale, has decided to award its highest musical prize, the Golden Lion for Lifetime Achievement, to Italian composer Giorgio Battistelli (Albano Laziale, 1953), one of the most internationally recognised names in contemporary Italian music, “for his work in experimental music theatre and his intense operatic output, performed by the most important European institutions”. The Golden Lion award ceremony will take place on 15 September 2022 in the Colonnade Hall of Ca’ Giustinian, the Biennale’s headquarters.

The awarding of the prize also serves to define the sixty-sixth edition of the International Festival of Contemporary Music, to be held in Venice from 14 to 25 September 2022, which will be entitled Out of Stage, dedicated to new forms of experimental musical theatre. Battistelli has announced that at the opening of the next edition of La Biennale he will make his debut as stage director with a new version of his musical theatre work Jules Verne, first performed in 1987.

In addition to the Golden Lion, La Biennale officials also announced the awarding of the Silver Lion to the percussion ensemble Ars Ludi, founded in 1987 by Antonio Caggiano and Gianluca Ruggeri, who were later joined by Rodolfo Rossi. Ars Ludi will receive the Silver Lion one day later, on 17 September, again in the Sala delle Colonne at Ca’ Giustinian.