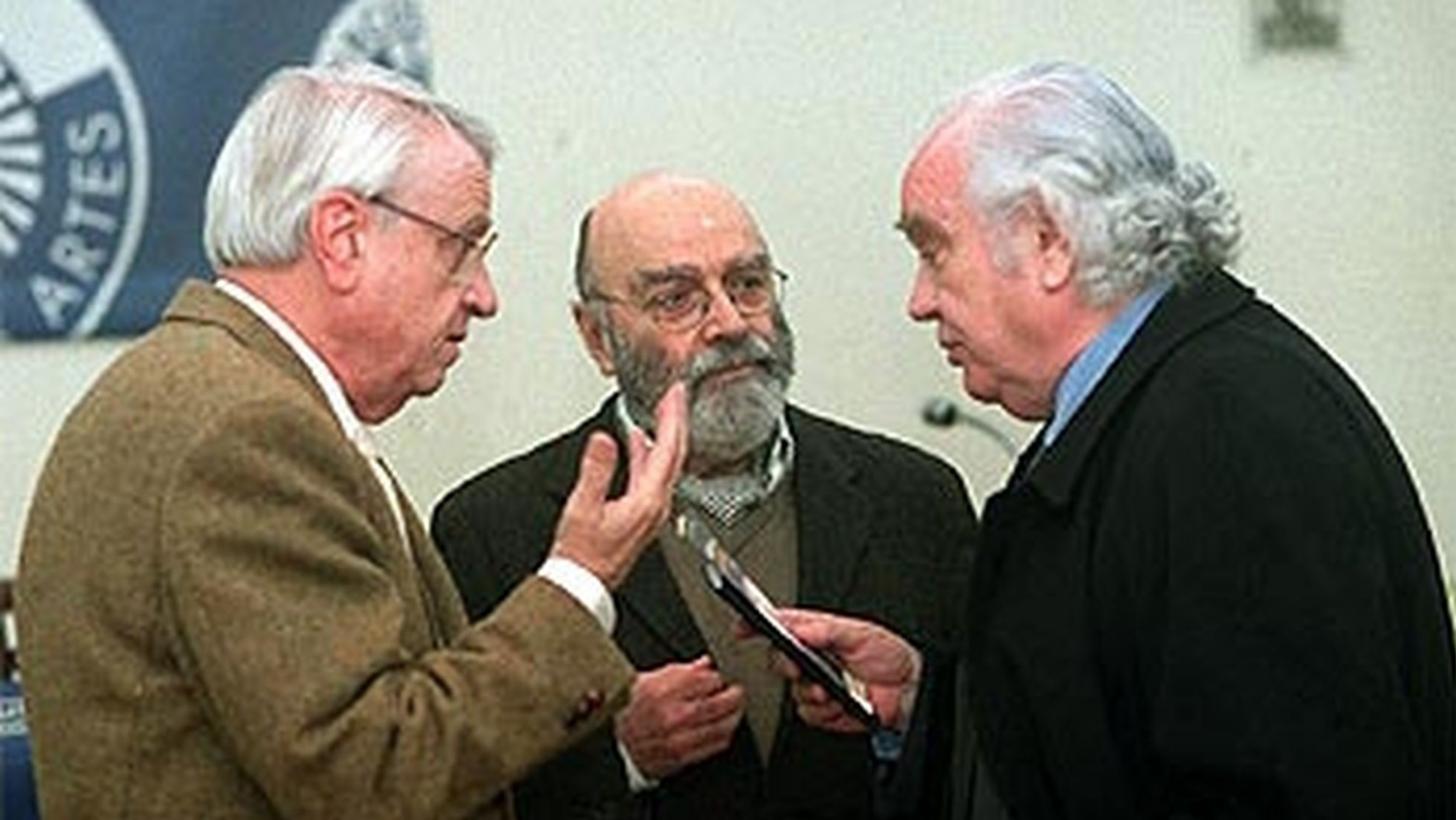 The Teatro Real’s mockery of an unrepeatable generation of Spanish composers.

Between 17 March and 10 October 2021 three of the leading Spanish composers of the 20th century passed away, Antón García Abril (Teruel, 19 May 1933-Madrid, 17 March 2021), Cristóbal Halffter (Madrid, 24 March 1930-Villafranca del Bierzo, 23 May 2021) and Luis de Pablo (Bilbao, 28 January 1930-Madrid, 10 October 2021). After the death of the latter, and coinciding with the scheduled premiere of his opera El abrecartas, the Teatro Real was quick to announce that today, 3 March 2022, a well-deserved tribute to the three composers would be organised… Well, 3 March has arrived, and the tribute is being held… at 12:00 noon…! It was already suspicious that the tribute should take place on a Thursday, but what is really outrageous is that it should not take place at a prime time and without any informative emphasis on the relevance of the personalities of the honorees, so that the media can echo the cultural orphanhood in which we Spaniards are left without the mastery of these three true monsters.
In the programme, which can be downloaded from the Teatro Real website, Gregorio Marañón, President of the institution, recalls that it was Luis de Pablo himself who introduced him, made his laudatio and accompanied him to the podium on the day of his admission to the Real Academia de Bellas Artes de San Fernando. He also dares to write that “the three of them have also shaped the recent history of the Teatro Real”. Well, in all honesty, I don’t think that the right way to pay tribute to them would be to give them a concert on the sidelines, given that after Manuel de Falla there has been no more popular Spanish composer (outside the pop scene) than García Abril and his soundtracks for television programmes, and of more international relevance than Halffter and De Pablo: the former even composed in 1968 a cantata, Yes, speak out, commissioned by the UN and premiered at the organisation’s headquarters in New York to commemorate the twentieth anniversary of the Declaration of Human Rights; and the latter received in 2020 the Golden Lion of the Venice Biennale, one of the highest awards given internationally in the field of music considered “serious”.
Spain has a huge cultural problem and it is, fundamentally, the contempt to which it is subjected by its highest authorities, who should not only defend it, but also promote it. But the second problem is the inability of middle management to command respect and to counteract the stupidity of ministers and secretaries of state.
Luis de Pablo, in a posthumous interview published by Scherzo on 15 October 2021, said: “I could have been Canadian, I was offered the opportunity. But since that happened when Franco died, I thought that I could do something in my country. What an illusion! I really don’t know who can be proud to be Spanish when what Spaniards offer their most outstanding children is humiliation and contempt. In a word: scorn.