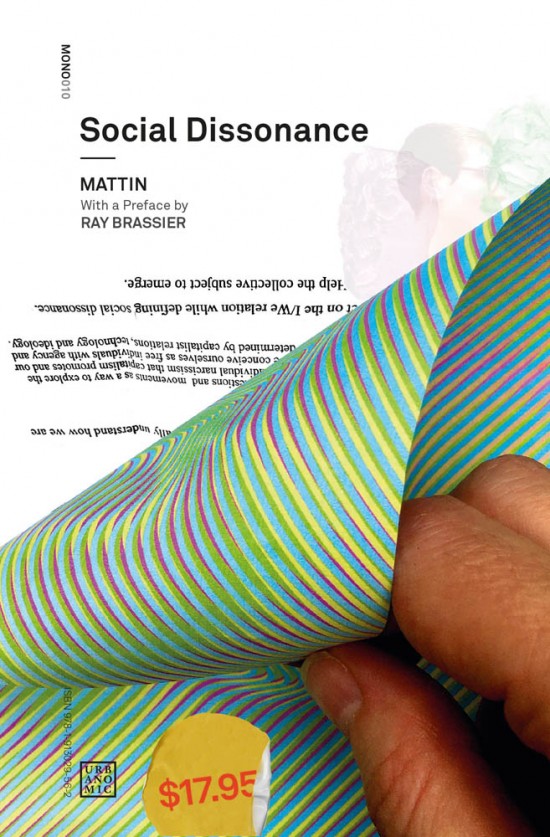 Social Dissonance was, first of all, the title of the artistic/musical project with which the Spanish artist and composer Mattin Artiach (Guecho, Vizcaya, 1977) participated in 2017 in documenta 14, the fourteenth edition of the artistic event held every five years (initially every four), since 1955, in the German city of Kassel and which on this last occasion was held, for the first time, simultaneously in two cities, the aforementioned Kassel and Athens. Mattin, author of a very extensive discography situated, sonically, in the sphere of noise and improvised music, and, socially, in anti-capitalism and anti-fascism, intervened in the documenta with an extensive “concert” (in reality it was something more conceptual and more in line with what we understand by performance or happening, since the four performers used the public as “instruments”) that took place in both cities over the 163 days that the event was held: 8 April to 16 July in Athens; 10 June to 17 September in Kassel. From 10 June to 16 July, the four instrumentalists were divided into pairs, two in each city.

Social Dissonance is now also the title of a long essay written by Mattin and published by the English publisher Urbanomic, which explains in over a hundred pages the concept behind Social Dissonance, and which can be summarised, in a very crude way, as the impossibility of maintaining the novel spirit of noise and free improvisation.

To better explain what Mattin intends, he begins the book with an example: “On 14 September 2011, the music improvisers Moe Kamura, Taku Unami, and Jarrod Fowler were invited for a concert at Hampshire College in Massachusetts. For their contribution, Unami and Fowler decided to hide from each other in the bushes outside the performance venue. The organiser Jack Callahan was looking for them for a long time and it was only at 11pm, after all of the audience had left the venue, that he managed to find them. The musicians explained that hiding was their contribution to the concert. Callahan did not understand this ‘contribution’ and became extremely angry. If it seems unclear as to where the sonic element comes from, one only has to think of what Kamura, Unami, or Fowler, or the audience in the venue, might have been hearing while the concert was supposed to be happening. Their contribution radically questioned its own framing and the function of improvisation and music within a specific context. To this day an event organiser might have problems accepting this as a concert, but it is precisely in this sense that this gesture pushed the boundaries and produced thinking.”

Mattin, who has spent several lustra developing a musical career in the fields of noise and free improvisation, explains that at one point he realised that “noise had become a genre of music with specific tropes —loud volume, aggressive frequencies, total movement or total stasis, etc.— and that it was gradually turning into a parody of itself”.

He then became interested in a different approach to noise: silences full of expectation, in which one could not know what might happen next. “These silences –he explains– created effects that seemed to go beyond the purely sonic and bleed into the social situation of performance itself.” […]. “I began to understand improvisation not as an interaction between musicians and their instruments, but as a collective social interaction happening in a given space where there is no neutral position (no audience, no spectators). Assuming, after John Cage’s 4’33”, that there is no such thing as silence in any given social situation, and that it may well be the audience who produce the sounds, I then began to incorporate a Marxist perspective into my work, trying to understand and expose how social relations are produced in a given space and context”.

The essay develops this ongoing project, which has been reworked over a decade, by addressing the relationship between cognitive and aesthetic expectations of the concert situation and the social totality. The book consists of two parts: the first part theoretically traces the concept of alienation in different ways and develops the concept of ‘social dissonance’, while the second part presents and discusses social dissonance, an instructive score that explores these conceptual issues in practice, as developed in Kassel and Athens, where musicians used the audience as instruments. Following the example of Cage and his notion of the ‘prepared piano’, in which objects are placed inside the piano to generate different forms of sonority, in Social Dissonance, the work on show in documenta 14, the performers did not ‘prepare’ the audience with objects, but with concepts, questions and gestures, to set the situation in motion. In an analogy between his technique and that used by John Cage in 4’33”, instead of listening to an ostensibly silent concert hall, Mattin’s audience experiences their own alienation when placed in disconcerting social situations or in instances where they themselves become the spectacle.

Parts of this essay have already been presented by Mattin as lectures on several occasions, for example at the Department of Art History of the American University of Beirut, at the Goethe Institute in Los Angeles or at the Continuous Verb festival at the National Museum of Contemporary Art in Seoul.