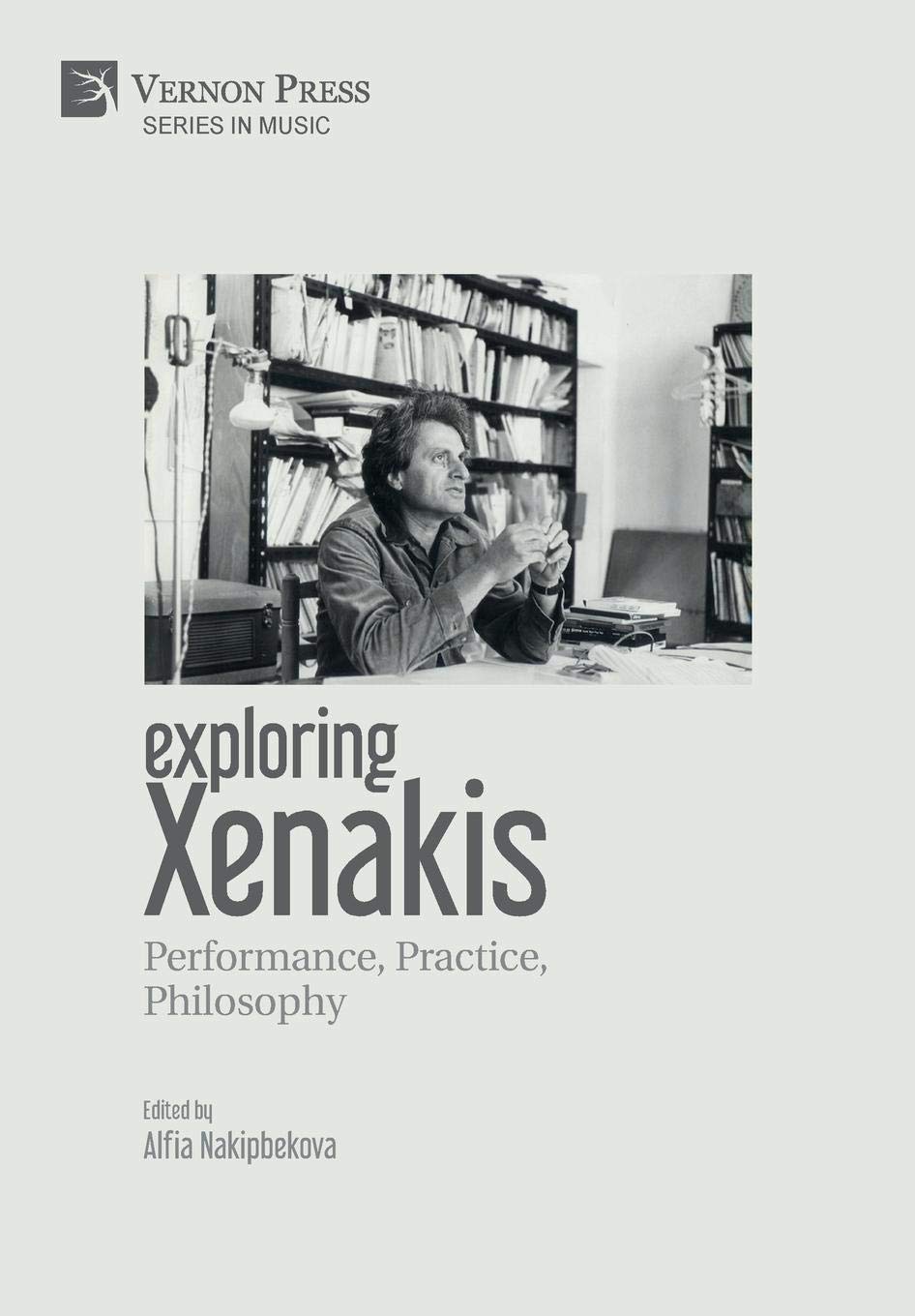 “Exploring Xenakis”, by Alfia Nakipbekova, in commemoration of the Xenakis centenary.

Although originally published in 2019 by the American academic book publisher Vernon Press, the fact that 2022 marks the centenary of Iannis Xenakis is a good occasion to bring back the essay Exploring Xenakis, conducted by Kazakh cellist and Leeds Conservatoire professor Alfia Nakipbekova (Karaganda, 1954).

The essay corresponds to the symposium Exploring Xenakis: Performance, Practice, Philosophy organised by Nakipbekova herself at the Royal Music Academy and School of Music, University of Leeds, in September 2017. In fact, the book is made up of a selection of papers presented at that symposium, which brought together scholars from the UK, France, Japan, Australia, Belgium, Portugal, the Netherlands and Brazil. The resulting articles reflect a variety of research questions covering Xenakis’ compositional methods, reflections on performance and the composer’s ideological position with respect to the avant-garde. The chapters are organised into three parts: Xenakis and the avant-garde – written by composer and sound artist Alannah Marie Halay and British critic and essayist Michael D. Atkinson-, The Compositional Practice -resolved in three chapters, written respectively by the musicologists Dimitris Exarchos and the Japanese Marina Sudo and the Canadian violist and music theorist Benoît Gibson, author of several studies on Xenakis- and The Performance -with chapters by the German mathematician and composer Reinhold Friedl, who at the time of the symposium was doing his PhD on Xenakis’ electroacoustic music at Goldsmiths, University of London; Alfia Nakipbekova herself and the Greek composer and musicologist Makis Solomos, one of the most prestigious scholars of Xenakis’ work.

The first part explores Xenakis’ relationship with the avant-garde, elucidating, among other issues, whether or not the revolutionary role of Xenakis and the Situationist International in the bustling atmosphere of Paris in May 1968 has become ‘canonical’ today, and the hypothetical role of chance in his supposedly rigid and mathematical music.

The second part analyses various aspects of Xenakis’ compositional style and technique, some of the mathematical procedures employed in his works and the resulting sonorities and textures. Dimitris Exarchos explains, at the beginning, that apart from some private lessons he received while still a teenager or Messiaen’s courses he attended in Paris, Xenakis was a fundamentally self-taught composer and that this is perhaps one of the reasons why his musical thinking was largely based on ideas outside music. For their part, Marina Sudo and Benoît Gibson analyse, respectively, Gmeeoorh (the only organ work composed by Xenakis; It was written in 1974 for the Gress-Miles organ installed in 1972 at the South Congregational Church in New Britain, Connecticut) and Herma (Xenakis’ first major work for piano, composed in 1961 after a visit to Japan where Xenakis befriended the pianist and composer Yūji Takahashi, to whom he dedicated the work, which he premiered on 2 February 1962. The British pianist and critic Susan Bradshaw, an expert on the work of Pierre Boulez, described this piece as “the most difficult piano piece ever written”).

Finally, the third part of the book deals with the interpretation of Xenakis’ works. Reinhold Friedl examines the hidden performative aspects of Xenakis’ electroacoustic music, in pieces such as Bohor (1962) and La Légende d’Eer (1978), the musical part of the multimedia show Diatope, which Xenakis performed for the opening of the Georges Pompidou Centre, and what instructions Xenakis gave to the musicians…

As a cellist, Alfia Nakipbekova reserves for herself the analysis of Nomos alpha (1966), a work of which she says that he “‘invented’ a ‘new’ instrument, ‘reconceptualised from the ground up’, which, however, contains the ‘memory’ of the traditional cello in its physical shape and attributes with traces of identifiable cello sound and the player’s gestures.” Dr. Makis Solomos, the author of the last chapter of the book, also focuses on this same work, recalling that Antoine Goléa, a prestigious French critic of the time, had said that it was “the ugliest thing he had ever heard.” Solomos traces the interpretative tradition of the work through three generations of cellists: from the generation of the German Siegfried Palm (who premiered the piece), the French Pierre Penassou and the British-born Sri Lankan Rohan de Saram, passing through the second generation: the French Pierre Strauch and Christophe Roy and the Belgian Arne Deforce; to the third generation of cellists of Nomos alpha, with the Swiss Martina Schucan and Moritz Müllenbach, which also includes Alfia Nakipbekova.