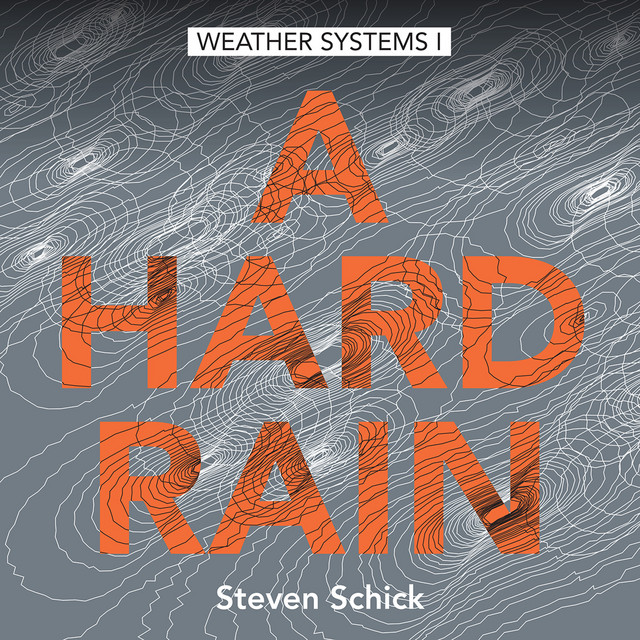 The American percussionist Steven Schick (Iowa, 1954) is not only an accomplished specialist in contemporary percussion, but also a conductor and festival curator (he directed, among others, the Ojai Festival in 2015) as well as one of the leading academic personalities in the United States and a scholar -author, also of The Percussionist’s Art: Same Bed, Different Dreams (2006, University of Rochester Press)-.

A couple of months ago, Islandia Music Records released A Hard Rain, the first album in the Weather Systems series that Steven Schick will be releasing periodically on Islandia, the label owned by cellist Maya Beiser, with whom he coincided thirty years ago in the founding of Bang On A Can All-Stars, where he remained until 2002.

The first of these discs, A Hard Rain, was released on 20 May 2022 and includes ten fundamental works of contemporary solo percussion by John Cage (27’10. 554″ for a percussionist), Karlheinz Stockhausen (Zyklus), Morton Feldman (The King of Denmark), Charles Wuorinen (Janissary Music), Helmut Lachenmann (Intérieur I) and William Hibbard (Parsons’ Piece), plus the four movements of the Ursonata by Iranian electronic music composer Shakrokh Yadegari. This is a piece based on the phonetic poem of the same title (and 45 minutes long) that the Dadaist poet Kurt Schwitters wrote, in different versions, between 1922 and 1932. Yadegari and Schick worked together from 2005 on a new, slightly shorter version of the work, which they performed live on several occasions, with the percussionist turned actor.

A Hard Rain was conceived during the pandemic, when Schick found himself practising for the sake of practising, rather than for an end goal, and discovered “I quickly found that what I missed most was not the excitement of the stage but the rituals of the practice room. By not having to prepare for any concerts,” he explains, ” relearned the art of practicing, tentatively at first and later more probingly. With no concert to prepare for, practicing was released from practicality… My goal was simple: to strengthen what served the emotional and physical language of my art and to discard what did not. The preparations for this recording of the foundational works for solo percussion, many of which I have played for nearly fifty years, ignited an intense dialogue with my much younger self, the percussionist in his early 20’s who had learned this music in the first place. I was curious: How did that young percussionist make essential decisions? Why as a near beginner did he choose to play the thorniest and most difficult works of the modernist repertoire? How did he decode unconventional notation? Why did he take this approach, at that tempo, with those mallets? And what did he imagine his future to be?”

The works were composed between the mid-1950s and the late 1960s, which, Schick explains, “established percussion as a sort of area of invention and innovation.” The next album in the series, Weather Systems II-Radio Plays: Music for Speaking Percussionist, will be released in 2023 and will include, Islandia Music Records has announced, compositions by George Lewis, Vivian Fung, Pamela Z and Roger Reynolds.