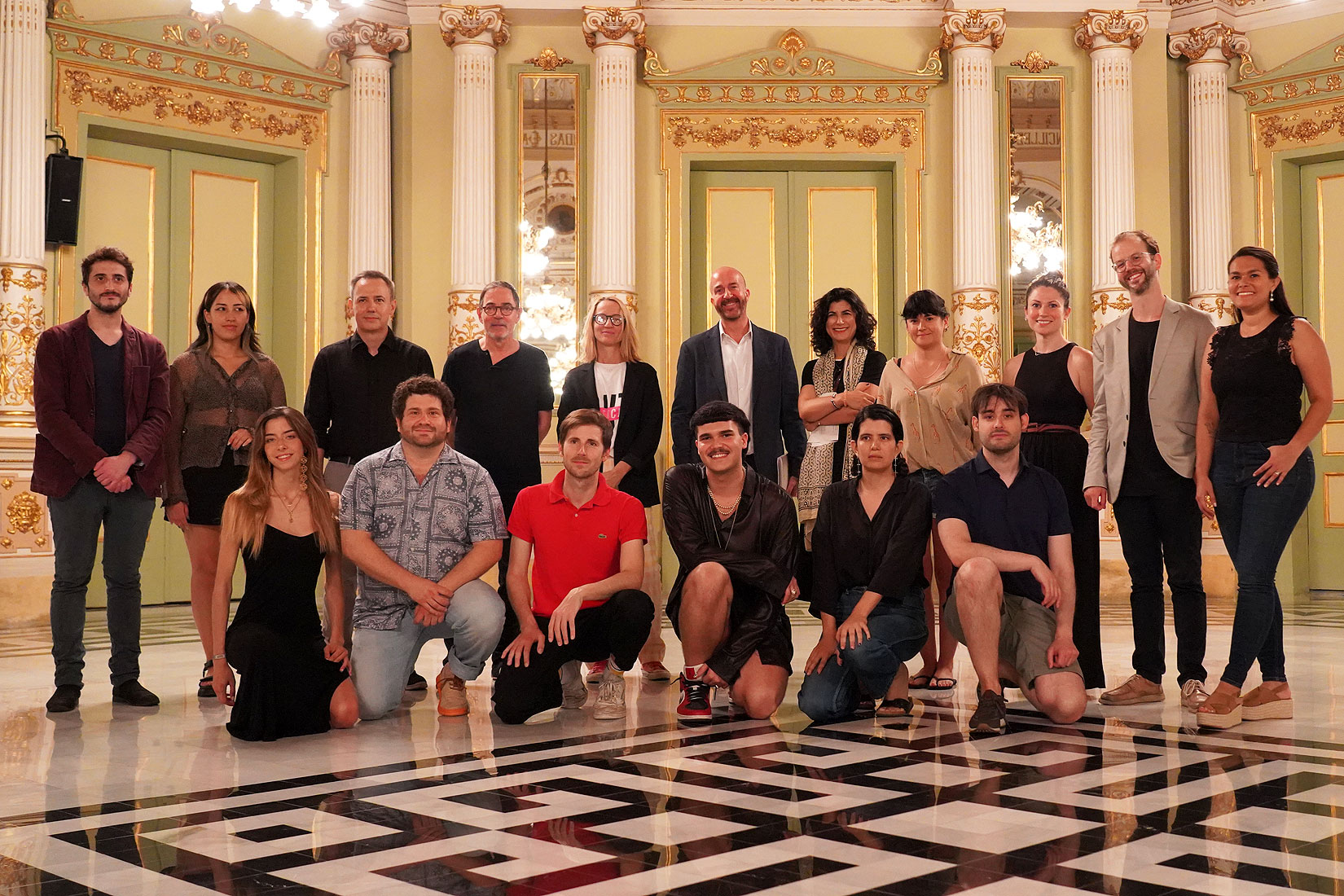 This weekend the Gran Teatre del Liceu is launching its (Òh!)pera project, in which four Catalan composers will premiere small-scale operas, each lasting half an hour. There are four performances, on Saturday the 9th at 17:00 and 21:00 and on Sunday the 10th at 11:00 and 17:00, in each of which the four operas will be performed, one after the other, in different spaces of the Barcelona opera house. The programme opens with Entre los árboles, by the most veteran of the composers, José Río-Pareja (Barcelona, 1973), who has composed his opera based on a short theatrical text by Juan Mayorga, which will be performed in the Foyer hall by the soprano Andrea Megías and the tenors José Manuel Guinot and Jorge Juan Morata. The second performance will be offered in the Miralls hall and corresponds to L’ocell redemptor, by Fabià Santcovsky (Barcelona, 1989), author of both the libretto and the music, which will feature the voice of soprano Adriana Aranda. The third work is The Fox Sisters, by Marc Migó (Barcelona, 1993), with a libretto by Lila Palmer, which will be performed at the Teatrino, with the voices of soprano Natàlia Sanchez, mezzo-soprano Cristina Tena and baritone Pau Camero. Finally, the last opera is Shadow. Eurydice Says, by Núria Giménez-Comas (Girona, 1980), with a libretto by Anne Monfort and Giménez-Comas herself, based on the theatrical text of the same title by the Austrian Nobel Prize winner Elfriede Jelinek, which will be performed once again in the Foyer, with the voices of mezzo-soprano Helena Ressurreição and tenor Marc Antolí.

(Òh!)pera is a project artistically directed by Àlex Ollé – one of the six founding members and artistic directors of La Fura dels Baus, with more than twenty years producing and directing opera – and was forged as one of the sections of his four-year artistic residency at the Liceu, which began in 2021 with his version of Puccini’s La bohème. The idea Ollé put forward, and which has been developed over the last twelve months, was to involve both composers and young stage directors, as well as small chamber ensembles from the Conservatori del Liceu and Barcelona’s main design schools to configure these shows, with the aim of “creating new talent and discovering new talent”.