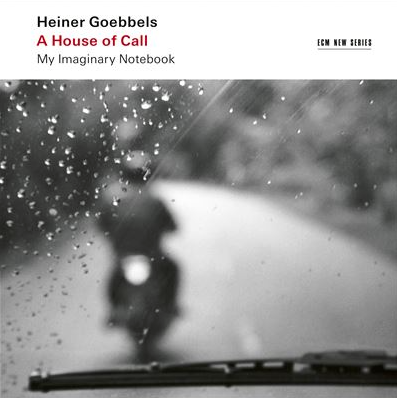 The German composer Heiner Goebbels turns 70 and the ECM label pays tribute to him by releasing “A House of Call”, the work he premiered at Berlin’s Musikfest in 2021.

This Wednesday, 17 August, the German composer Heiner Goebbels (Neustadt an der Weinstraße, 1952) turns seventy. To coincide with the celebration, his record company ECM is releasing on its New Series label the album A House of Call, a cycle of invocations, prayers, poems and songs for large orchestra that Goebbels premiered on 30 August at the opening of Berlin’s Musikfest, performed by the Ensemble Modern Orchestra conducted by Vimbayi Kaziboni in collaboration with the Spanish violinist and composer Diego Ramos Rodríguez. The work, which is inspired by John Cage’s Roaratorio, an Irish circus on Finnegans Wak, is his first major orchestral piece since almost twenty years ago, in 2004, when he premiered Ou bien Sunyatta.

Also to mark the occasion, SWR2, the public radio station in southwest Germany, will review some of his works throughout the evening, with the participation of the composer himself, who has remixed shots and sounds from his more than fifty years of artistic production, a journey into a territory in which the genres of contemporary classical, pop, installation, singer-songwriter, jazz, film music and musical theatre dissolve, including unpublished pieces from his personal archive and compositions for bands from the 1970s in which he was involved, such as Sogenannte Linksradikalen Blasorchester and Cassiber.