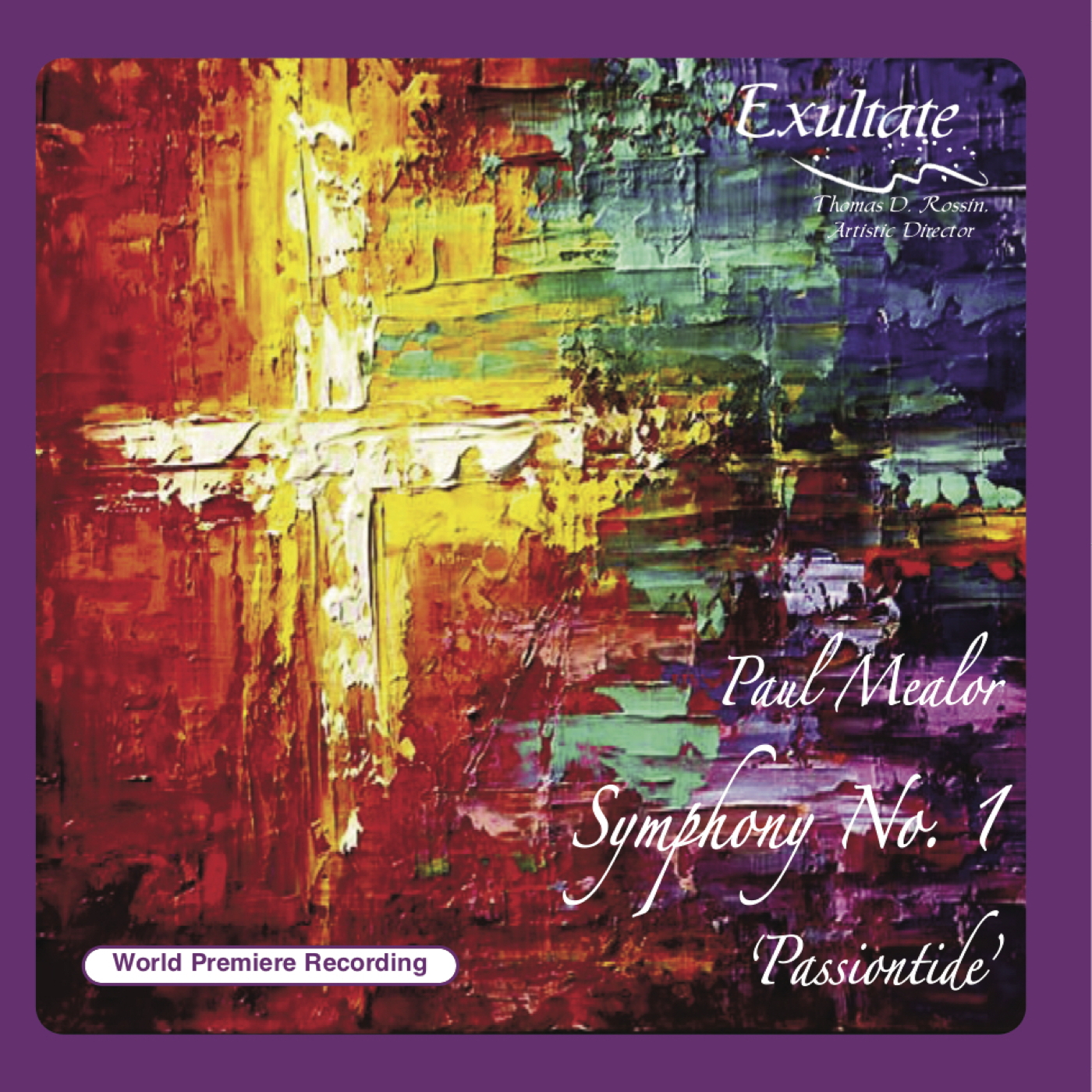 The US label Exultate releases the “First Symphony ‘Passiontide'” by the Welsh composer Paul Mealor, imbued with the mystical minimalism of Pärt and Górecki.

Welsh composer Paul Mealor (St. Asaph, Denbighshire, 1975) has just released the record of his Symphony No. 1 “Passiontide” on the US label Exultate. Mealor became one of Britain’s best-known composers when his motet Ubi Caritas et Amor was performed at the wedding ceremony of Prince William and Catherine Middleton in 2011. That same year he topped the classical charts for six weeks with his best-selling album, A Tender Light, and also broke records by becoming the first classical composer to reach No. 1 on both the classical and pop charts at the same time in December 2011, with a Christmas No. 1 in the UK with his piece Wherever You Are.

His Symphony No. 1 “Passiontide” was premiered on 19 November 2015 at St Macarius Cathedral, Aberdeen. It was commissioned by soprano Jillian Bain Christie, baritone Sean McCarther, the University of Aberdeen Chamber Choir and the Scottish Opera Orchestra, who were conducted by James Jordan. On the newly released album – promoted by Exultate, the record label of the Exultate Orchestra and Chorus, the premier professional choir and orchestra in the Twin Cities, as the joint urban core of Minneapolis and St. Paul, Minnesota, is commonly known – the soprano is Jesse Braaten and the baritone, Philip Zawisza, conducted, like the Exultate Choir and Orchestra, by the artistic director of the institution founded in 1996, Thomas D. Rossin.

As Mealor explained at the premiere of this symphony, the idea of composing a choral symphony arose at the end of the last century, with the aim of creating “a unique work that would capture the multiple emotions and testimonies of the witnesses present at the moment of the crucifixion. However, I did not want to compose a narrative work like the Passions of Bach or Arvo Pärt […] I wanted to create a work fixed in time, examining the crucifixion from many different perspectives. I wanted to explore the feelings of St. Mary, of Peter, of Mary Magdalene, of Jesus himself, and ultimately of ourselves”.

It was not until her grandmother’s illness and subsequent death that Mealor was able to delve into her grief and find “the emotional strength to begin writing this work […] a testament to my grandmother’s remarkable strength and deep Christian belief. As it took me twenty years to complete, the work is also a record of my compositional development and, one might say, of my development as a thinker and as a Christian”.

The symphony – his First Symphony, as he has already completed two others – does recall, in its strong attachment to tonality, the work of three of the great names of mystical minimalism, Arvo Pärt, John Tavener and Henryk Górecki. Mealor, who in 2008 was appointed principal conductor of the Con Anima Chamber Choir, is a composer gifted with a keen ear for choral texture and a great facility for creating melodious music with a richness of harmony and texture that goes beyond words, even if the beauty of certain moments, such as the Stabat Mater, for example, offer more a sense of serene contemplation than the real anguish of the mother of the crucified.