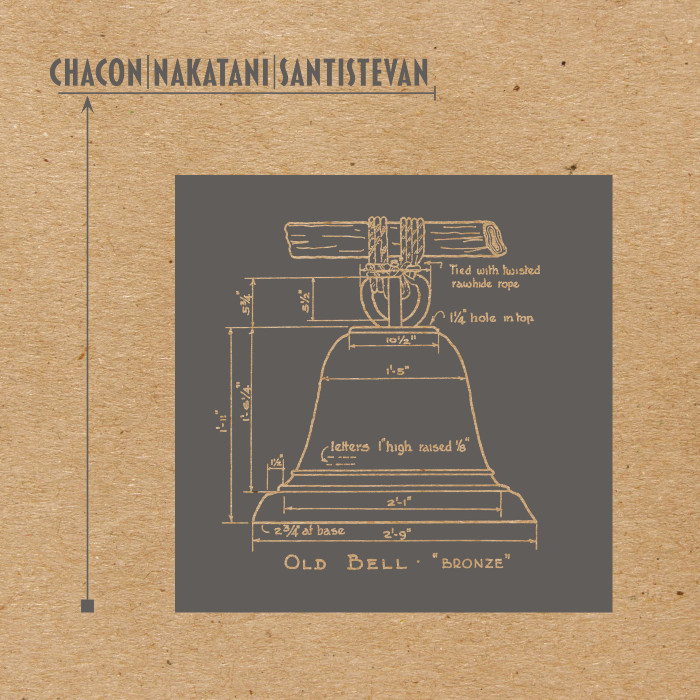 Raven Chacon, the Diné composer who won this year’s Pulitzer Prize for music for his composition Voiceless Mass, has just released a new album, Inhale/Exhale, on Other Minds Records in early August. According to the label’s website, it is the first album released by the trio of guitarist Raven Chacon, veteran Japanese percussionist Tatsuya Nakatani and American bassist Carlos Santistevan.

In October 2020, Baltimore’s High Zero festival asked new music curators from across the United States to bring together improvisers from their regions for a live online edition of the festival. The concert was broadcast live on 27 November 2020 at the oldest church in the United States, San Miguel Chapel in Santa Fe, and recorded in its entirety, unedited. That recording, as is, is what Other Minds has just released. The disc is made up of two unique pieces, Inhale and Exhale, 18’45” and 20’25” minutes long, respectively. Tomorrow, Sunday, at 19:00 MDT, the trio returns to San Miguel Chapel to perform the album again, which offers a huge contrast between the antiquity and simplicity of the chapel, inaugurated in 1610, and the absolutely contemporary and experimental music of the trio: while Inhale could be considered on the borderline between drone, ambient and noise music, Exhale is abrupt, rough and noisy.