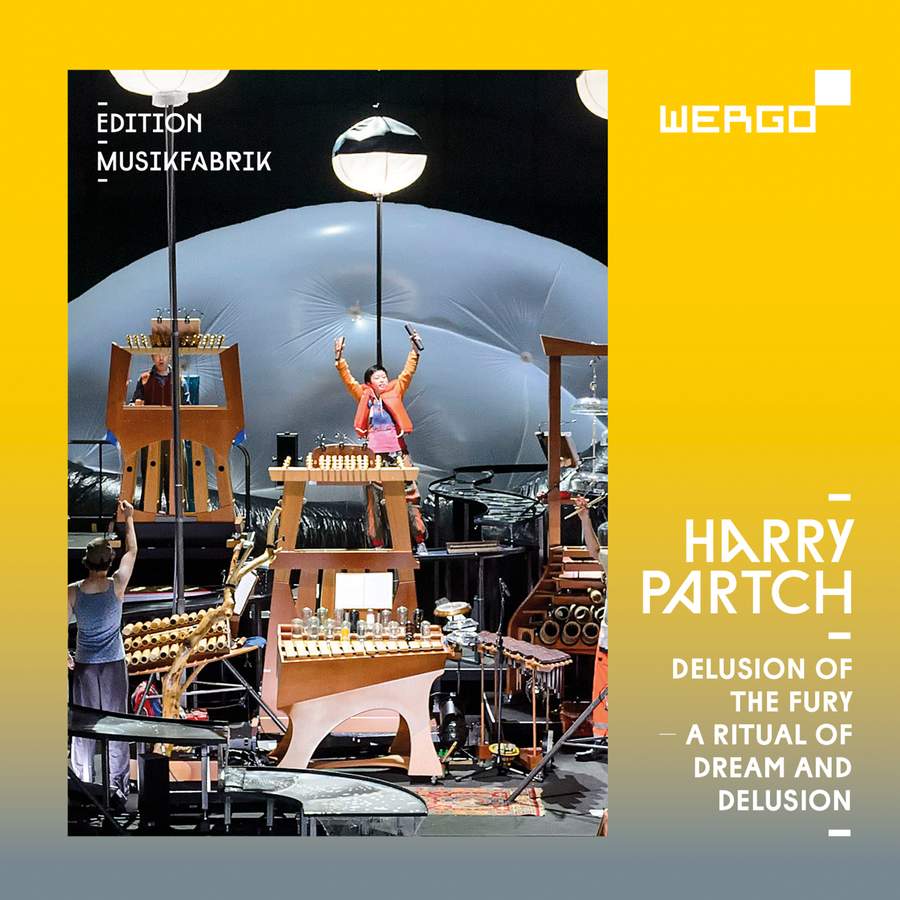 The Californian Harry Partch (Oakland, 1901-San Diego, 1974) was one of the foremost composers to make systematic use of the microtonal scale. In addition to composing for instruments he invented (and built himself), Partch, for invention’s sake, even invented his own characteristic scale, dividing an octave into 43 notes. But, as with Conlon Nancarrow, Partch had to wait until his death for his radical artistic proposals to receive attention.

What is probably his most important work, Delusion of the Fury, was written in various versions between 1964 and 1966, and premiered on 9 January 1969 at the University of California, Los Angeles (UCLA) Playhouse. It was a musical theatre piece of about 72 minutes, conceived for dancers and instrumentalists who also sang, and composed for a large ensemble of instruments built by Partch, many of them adapted from Asian models. That was the only occasion on which he saw this piece of musical theatre performed in his lifetime, and fortunately that concert was recorded on the Columbia label and achieved cult status for generations of fans, as its next performance was not until 2007, at the Japan Society in New York. Its European premiere took place at the opening of the Ruhr Triennale in 2013, by the Ensemble Musikfabrik, conducted by Heiner Goebbels.

The appearance, half a century later, of a new version of Delusion of the Fury is a noteworthy event. In fact, the reconstruction of the instruments that took place on the occasion of the European premiere made it possible to perform the piece again in the future, and on 23 and 24 July 2015 the work was performed again at the Lincoln Center Festival. This album was produced at that time, and released by Wergo.

Using mime, dance, music, vocalisations, lighting and costumes, Partch presents two stories concerning the reconciliation of life and death, one after a Japanese Nõh drama, the other after an Ethiopian folktale.

The photographs in the booklet show the musicians arranged as if they were an integral part of the stage production, and given this powerful visual presence, the work may not be as captivating on disc as it was on stage, but it is still a wholly original experience.

The intense sound of these numerous percussion instruments dancing wildly colours a work that requires considerable time just to build and learn the instruments. The musicians who bravely accepted the challenge of this difficult task have created an utterly exhilarating world. Delusion of the Fury consists of an introduction and two acts; the introduction is entitled The Beginning of a Web, which of course has nothing to do with the Internet: it means, since Internet didn’t exist at that time.

The first act is based on the Japanese play by Nõh Atsumori and the second on the Ethiopian folktale Justice, both of which follow the plot of a man caught in a rage towards others. It may represent the friction between Partch’s own creation and the outside world.