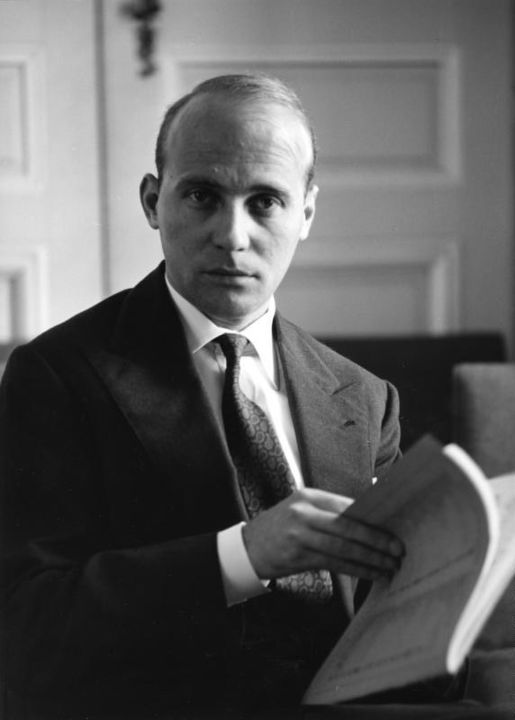 Today marks the fiftieth anniversary of the world premiere of “Heliogabalus imperator”, the major work by Hans Werner Henze.

On 16 November 1972 – fifty years ago today – the Chicago Symphony Orchestra conducted by Georg Solti gave the world premiere of Heliogabalus imperator, allegoria per musica, one of the major orchestral works of the German composer Hans Werner Henze, in Chicago. Composed in that year and revised in 1986, it depicts the brief reign (218-222) of the teenage third-century Roman emperor Marcus Aurelius Antoninus Augustus (203-222), who was assassinated by the Praetorian Guard in a plot hatched by his grandmother, Julia Mesa, to be replaced by his cousin, Alexander Severus. Many years after his death he became known as Heliogabalus, having been high priest of the sun god El-Gabal.

Henze, however, was not inspired by historical records, but by literature, especially Antonin Artaud’s 1934 fictionalised biography Heliogabalus or the Crowned Anarchist and Stefan George’s collection of poems Algabal, written in 1892.

The work, about twenty-eight minutes long, was written for large orchestra, with a particularly wide percussion range (requiring five players), and was dedicated to the Italian composer Luigi Nono and the Chilean poet Gastón Salvatore. In 1986 Henze slightly modified the work to conduct it himself, eliminating what he described as “clumsy” aleatoric passages. This revision was premiered on 28 June 1989 at the Villa Massimo in Rome by the RAI National Symphony Orchestra conducted by Eberhard Kloke.